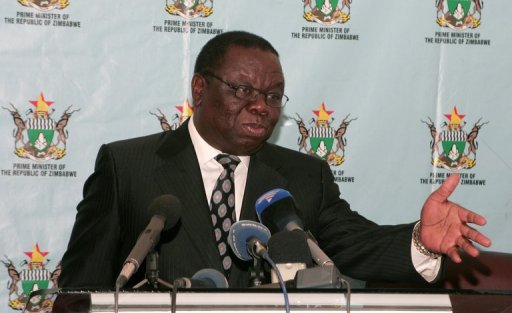 This brings to six the number of staff members from the Office of the Prime Minister arrested inside five days. At the time of writing lawyers had been dispatched to Harare Central Police Station to attend to them.

Tsvangirai’s spokesman Luke Tamborinyoka said the PM viewed this as “an affront to democracy and to the rule of law. It is an attack not only on the members of staff but also on the institution of the Office of the Prime Minister.”

7 days since his acquittal, police fail to release…

Tamborinyoka said the PM had appraised the SADC Facilitation Team on Wednesday night of the deteriorating situation as the country begins preparations for general elections.

According to Tsvangirai “these are unnecessary distractions that will dismally fail to divert our attention from the democratic agenda of delivering a new Zimbabwe.”

Mtukudzi still has no diplomatic passport

7 days since his acquittal, police fail to release Chin’ono’s camera