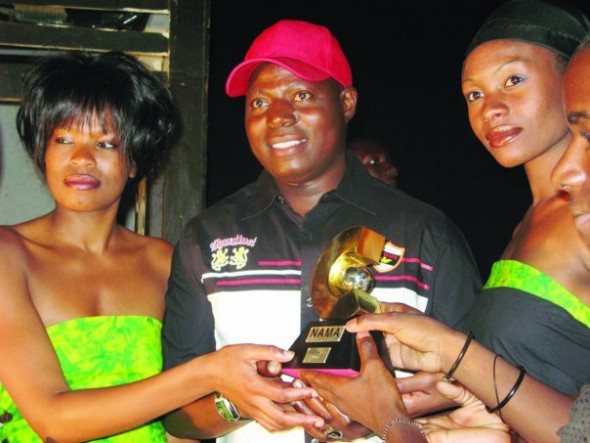 All set for Nama Awards in Bulawayo

The red carpet will be rolled out to guests and nominees at a reception scheduled on the day of the National Arts Merit Awards in Bulawayo.

The reception, which will start the proceedings on Saturday night, will see guests being treated to finger snacks and cocktails as they mingle with the who’s who in the arts sector, thanks to Bulawayo City Council for providing the Large City Hall, the venue of this year’s prestigious awards.

This is the first time that Nama has been held in Bulawayo, the City of Kings and Queens as well as arts hub. National Arts Council of Zimbabwe deputy director Nicholas Moyo said all was set for the 12th edition of Nama.

“Everything is on course and so far we have held rehearsals (on Monday). The rehearsals are for the performing groups on the night since you know the nominees do not have to do much.

“One of the changes this year is that the traditional reception will be held on the day of the awards and not a day before the awards as with other previous years. On the entertainment line-up there is going to be lots of entertainment from different groups,” Moyo said.

This year, Nama features new categories, while some of the existing categories have been expanded. In this vein, 35 people will receive the Nama accolade comprising the coveted trophy and a certificate.

Chairperson of adjudicators Dudu Manhenga hailed the artistes who submitted their work, saying Nama was a springboard for national and international acknowledgement for upcoming artistes as well as cementing the profiles of established practitioners.

“The awards inspire Zimbabwean artistes to strive for higher and original forms of achievement as well as providing an opportunity for arts disciplines to jointly market and publicise the arts locally, regionally and internationally,” Manhenga said.

The National Arts Merit Awards honour Zimbabwean artistes drawn from all artistic disciplines on an annual basis in recognition of outstanding achievement in the arts and culture sectors.

Meanwhile, Nama is inviting the public to select an artiste or art product of their own choice based on the nominees. This is done through sending an SMS from an Econet number, prefixed by the word Nama to 15626.

The People’s Choice Award will also be awarded to the winning artiste on the awards night. Due to misconceptions regarding the adjudication of Nama below are the criteria used for the Nama period which run from December 1 to November 30 of the following year. The Herald

1. Outstanding First Creative Published Work (The publication should be the first for the particular author)

Size of audience built, Use of musical instruments and voice, Innovativeness and Originality, Repertoire

Use of musical instruments and voice, Innovativeness and Originality, Repertoire, Entertainment value

Use of the body, Body language, Reception level, Originality and innovativeness, General appeal

Use of the body, Body Language, Reception Level, Originality and innovativeness, General appeal

Ability to act, Entertainment value, Performance, Use of space

Ability to act, Entertainment value, Performance, Use of space

PROMOTER OF THE YEAR

How outstanding is the work of the artiste in question? How original and innovative is / was s/he?

Does the artiste’s work mark a memorable part in the arts and culture industry?

How much contribution did the artiste being awarded give to the arts industry?

If deceased, how great a void did his death create in the arts and culture industry?

An artiste who would have been an effective ambassador of Zimbabwe through the arts.