The 2021 edition of National Arts Merit Awards (NAMAs) was aired on Saturday night with glitz and glamour, but the organisers have to explain their selection criteria, which some felt left out some deserving cases. 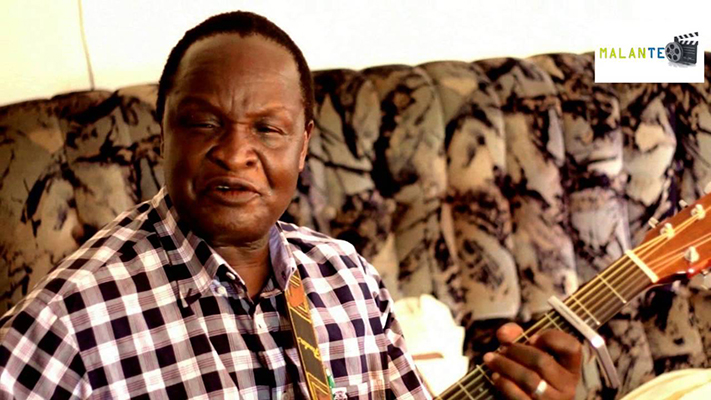 The show was honouring, according to the National Arts Council (NAC), “living legends” in the arts sector.

In music, the exclusion of gospel music veterans like Machanic Manyeruke, Shuvai Wutawunashe and Charles Charamba left many wondering the kind of legendary status the organisers considered.

One cannot write a complete history of arts in Zimbabwe without mentioning Robert McLaren, the co-founder of Children’s Performing Arts Workshop (Chipawo), with the late Stephen Chipfunyise.

Many people who made it in the arts sector came out of Chipawo, be it acting, music or dance, with the organisation still popular among school children.

But there was no recognition for McLaren’s legendary exploits with Chipawo.

What about Rebecca Chisamba? She broke the barriers by introducing the first successful talkshow in Zimbabwe — Mai Chisamba Show.

Isn’t her courage to venture into the unknown and succeed the stuff that legends are made of?

Perhaps those entrusted with selecting the legends had a limited memory, as it seems they mostly went for some youthful artists with whom they might be more acquainted with than the elderly.

For how do you explain the exclusion of Jonah Moyo, who took the nation by storm with his fiery Devera Ngwena Jazz Band starting just before independence in 1980, and he is still in the game, going strong.

Jonah Moyo is not only still releasing music, but is dedicating some of his time as a lecturer, teaching young students at Great Zimbabwe University the art of making music.

There are also the co-founders of Black Umfolosi — Thomeki Dube and Sotsha Moyo — who have built a reputation as cultural ambassadors for Zimbabwe through their Imbube music genre, but they were left out.

Of course, not everyone should have been recognised on that award night, but the organisers should cast their net and memory wide enough if they are going to hold another show in honour of living legends.

The disclaimer that the list was endless is not enough to explain the glaring misses.

Moreover, the NAMAs are known to cover everything in the arts sector from music, comedy, dance to theatre, but there were no awards for other genres.

Maybe it was because it was a virtual show, but it ended up looking like an “upgraded” musical awards show.

There was no room for other art genres like comedy, with the absence of an award for arts journalists another obvious boob, as writing is also another form of art, apart from promoting the arts.

The misses aside, NAMA 2021 was something that can go down in memory lane because it was well-coordinated, with good camera work and well researched information on recipients.

Obviously, with Covid-19 still around, the show, which honoured 40 arts legends and celebrated Zimbabwe’s 40th anniversary, as well as the 35 years of the National Arts Council (NAC)’s existence, looked a bit different than usual as it was hosted virtually.

The theme was “Our Legacy, Our Pride”.

The organisers were praised for holding an epic edition last year and this year they even went a notch higher by proving they are the best in terms of hosting awards.

They also managed to attract support, sponsorship and appreciation from various corporates and other stakeholders.

Hosted by bubbly, energetic and cheerful songstress Ammara Brown, who proved her “A” game that she is not only a musician, but a talented and versatile artiste.

The awards show saw appearances by top executives in the arts sector to the dopest performances which created an ambience that even the organisers of the Oscars or Grammys could be green with envy.

There were no glitches, and the production quality was top notch.

From the onset of the show, the opening with beat-boxer Takudzwa Denzel Mahonganyika, affectionately known as Probeatz, wearing his superhero suit as Captain Mfombi getting ready for the awards show.

It was comical as he went to the usual venue at the Rainbow Towers where the show is usually held and boom, it was being held virtual, no one was present.

Then musician Ammara Brown welcomed the viewers dressed for the occasion, of course, except that her dress revealed more than just the cleavage at one time.

She sailed through well during her pace and each time she came back on the screen with a different outfit, one could be kept glued waiting for the next surprises.

The organisers then gave us the collaboration dubbed — the ‘Big Diaspora Collaboration”, of seven artistes in different countries coming together for the national anthem.

What the NAMA crew can be saluted for was the well-articulated research on the recipient’s information.

An emotional performance tribute by Tariro NeGitare, Sylent Nqo and saxophonist Joseph Chinouriri (Jose Sax) took the audience to memory lane as they remembered some of the artistes who died in 2020.

Highlight of the night was the performance by Tammy Moyo, Ex Q, Busi Ncube and Mzoe 7 as they performed “True Love” and “Rudo Imoto” by the Marshall Munhumumwe.