From Miracle Money to Miracle Babies 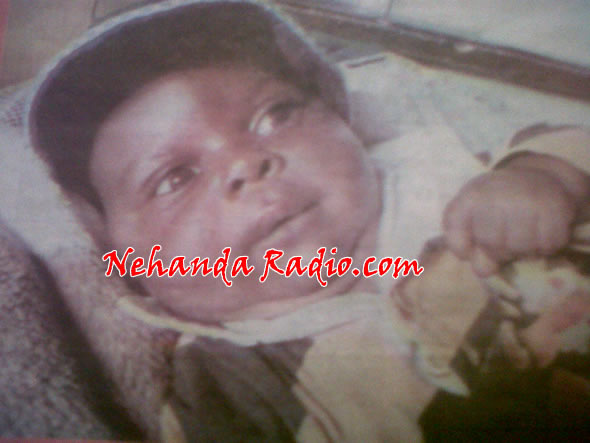 HARARE – The woman who recently made headlines for allegedly being the first to have sex, fall pregnant and give birth within a space of only 3 days was interviewed live on radio.

The woman, Mrs Moffat (first name withheld to protect the identity of the baby in question), was interviewed live on Radio Zimbabwe by a popular and celebrated radio talk show host Tilda Moyo.

Mr and Mrs Moffat confirmed the miracle during the radio programme. Sharing her testimony, Mrs Moffat said she had normal menstrual periods which ended on 15th November 2012. She revealed that on 16 November the couple got intimate, just like they would do on any other day.

On the 18th of November 2012 when the couple went to the United Family International Church (UFIC) founded by flamboyant preacher, Prophet Emmanuel Makandiwa, who, during the service, prayed for female congregants who had pregnancies with complications.

The woman said Prophet Makandiwa declared that there would be a miracle pregnancy and deliverance within a space of hours, days and weeks and that is when Mrs Moffat began experiencing some signs of labour pains on her back and on the belly.

“When I started having these pains I was rushed to doctors in town who prescribed me some medication to buy at a local pharmacy. On our way to Chitungwiza, where we stay, my husband and I jumped into a kombi.

“That is when my condition further deteriorated and my belly miraculously ballooned. It instantly grew to the size of a pregnant woman and both of us got surprised,” she said.

The mother of the miracle baby said they urged the kombi driver to increase speed and rush them to Chitungwiza Hospital.

“After narrating my signs and symptoms to a nurse at the hospital, she instructed me to go straight to the labour room. This shocked both my husband and I. I later gave birth to a miracle bouncing baby boy whom we named Emmanuel,” she revealed.

There were also bizarre reports that Prophet Makandiwa walked into a mortuary and 10 dead people miraculously resurrected.

“Where on earth have you heard that? Even Jesus himself, son of God who performed so many miracles and was born of a virgin, had to endure nine full months in His mother’s womb.

“What kind of a miracle is that where a woman gets pregnant and gives birth within 3 days? There is no God who responsible for such a miracle,” said Tapiwa Mujuru, a Methodist Church’s former Bulawayo youth.

In a broadcast carried on his television — Miracle TV — the Zimbabwean performed miracle acts which rewarded part of the bumper congregants with “miracle money” ranging from loans, airtime and cash multiplication.

The miracle money crusade was attended by people drawn from South Africa, Angola, Namibia and Zambia.

Prophet Angel told the congregants that God would work more miracles on them despite the sick having been healed.

“I know, the sick have been healed and God has spoken through miracles, and yet still God wants to deal with you in a new fashion today. I declare miracle money into your pockets, hand bags and bank accounts. Right now check your balances,” he said.

As ridiculous as it sounded, many fumbled for their pockets and in a few seconds, a woman came out of the crowd hands filled with multiple notes of 100 Pula.

“I only had P10 in coins in my pocket and now it’s P650,” she screamed as she rolled over the notes with tears streaming down her cheeks.

“Count it again!” Angel instructed. Kneeling, she picked the notes back into her hands and before she could finish the count she was back on the ground, face facing upwards now, “ahhhhh… haaa it’s now P1 000,” she yelled into the microphone. Angel explained that everything was possible with God.

“Jesus multiplied bread from nowhere. He multiplied fish from nowhere and to add mystery, did it in the desert where there is no water for the fish to be found.

“The Lord also instructed Peter to go catch a fish and from its mouth collect money, only if and when you can only tell me where the fish in the Bible got its money, where Jesus’ bread came from and where the fish he multiplied came from, only then can I tell you where this money is coming from.

“How do you expect me to explain the chemical composition of a miracle, how? You said I came to take your money now the Lord decided to give you money miraculously. It’s all Jesus and less of me.”

Angel has had several miracle crusades that have been dubbed miracle nights. To date two hugely successful Miracle Nights have been hosted in Zambia and Botswana with bumper crowds of over 60 000. MyZimbabwe.co.zw

‘Sangoma used me to fertilise clients’