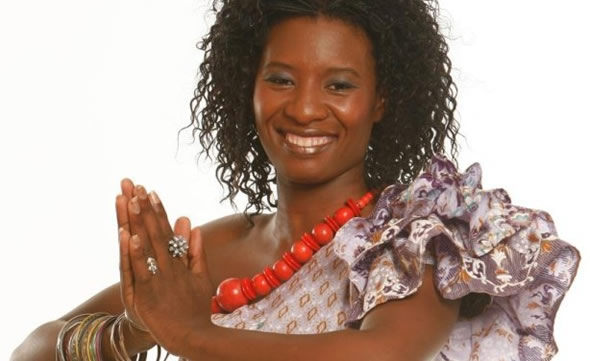 FUNGISAI Zvakavapano-Mashavave could spark a war on the gospel music arena amid reports she has confronted fellow gospel diva Shingisai Suluma accusing her of plotting to soil her image.

Zvakavapano-Mashavave was announced as one of the performers at Suluma’s homecoming show at Harare International Conference Centre on December 29, but failed to show up for the act.

Organiser of the show Barbara Chikosi of Red Rose Entertainment said the gospel diva told her she could not come for the concert because posters for the show were designed in a way that belittled her.

“She said she is bigger than Mai Suluma and accused us of undermining her by putting a smaller image of her on the poster to that of Mai Suluma,” Chikosi said.

Zvakavapano-Mashavave has reportedly been sending harsh text messages to Suluma and Chikosi accusing them of plotting to soil her image. Suluma’s husband and manager Steven confirmed receiving a bad text message from Zvakavapano-Mashavave, but refused to share the message saying they would let show organisers deal with the issue.

“We decided to let it go because we were not the organisers of the show and after all we had come to meet our fans, not to have scuffles with anyone. We are hopeful that she will realise her mistake and apologise,” Steven said.

Chikosi however said she was shown the message sent to Suluma and felt embarrassed that Zvakavapano-Mashavave had failed to respect her sister in the industry.

In her text message to Chikosi seen by NewsDay, the Makomborero hitmaker blasted the two (Chikosi and Suluma) for trying to create a perception that Suluma is better than her.

“Leave me alone. Whatever happened was to protect my brand from the perception you and Shingisai wanted to create. I am not jealousy of anyone, but I have worked hard to be a respected brand and I will not be exploited by or belittled by anyone,” read part of the message.

Zvakavapano-Mashavave told NewsDay that she talked to Chikosi because she took her as her mother, but added that the show was advertised without her consent.

“I talked to her personally as my mother and promoter, but then she put me on her poster without my consent. Whatever they will say cannot deter me from doing my work,” she said.

Fungisai texted another message to Chikosi yesterday pleading with her to forget what happened and plan another show for her and Suluma.

“Morning ma, when you have cooled down note that whatever I did, I never meant to be at war with you. I was just protecting my brand. All that I demanded was equality. Maybe you can plan an Easter gig for us, but on an equal setting,” read the message. NewsDay