Tsvangirai to co-opt Zanu PF ministers if he wins 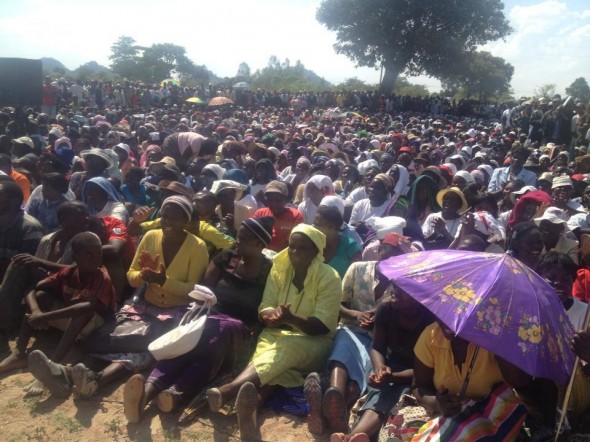 Prime Minister Morgan Tsvangirai on Saturday said he would not hesitate to co-opt level-headed Zanu PF ministers in his government should he win next year’s elections.

Addressing party supporters at a memorial service for victims of political violence in Buhera, Tsvangirai ruled out retribution once he assumed power, pledging to work with his foes in the former ruling party.

“It is better if Tsvangirai wins and they accept and we work together. We will say this person was better and work with him in our new government,” said Tsvangirai. “We are not motivated by retribution or violence, but we want the perpetrators of violence to say they will never do that again.”

He added: “We chose constitutionalism, not militarism. I have no problem if someone wants a gun over a ballot, let them, but they will get nowhere.”

Defiant Thokozani Khupe attends her first meeting as a CCC…

Senior MDC-T officials last week told The Standard that they had for a long time been working with some level-headed Zanu PF ministers to dislodge President Robert Mugabe who has been ruling for the past three decades. They could not name the officials for fear they would be victimised.

Former Zanu PF women’s league commissar Tracy Mutinhiri, who was dismissed from Zanu PF for being too close to the MDC-T, is now a member of the party.

Tsvangirai’s pledge to work with Zanu PF’s ministers comes barely a month after the Justice minister Patrick Chinamansa told the BBC recently that his party would not accept a “foreign-sponsored” victory for Tsvangirai and hinting that the military would stage a coup.

Security chiefs have also issued similar statements, vowing that they would not salute the former trade unionist if he won presidential elections because he had no liberation war credentials.

The Premier also admitted that there were clashes in the MDC-T but said that the party would unite to fight for victory in the forthcoming harmonised elections. He said although there were misunderstandings within the party, there was a common vision to win the elections and move the country forward.

“The party has been there for long. We could not be here without party unity. Sometimes there are misunderstandings, we can trade insults, but when it comes to fighting, we fight as a party,” said Tsvangirai.

“I know others say the party is down and out, but do that at your own peril. We know what we want and where we are going. I am speaking on party unity as we go for elections. The next election is not about Zanu PF or Mugabe’s failures, but what we can offer as MDC.”

Tsvangirai’s admission of clashes in the party comes a week after The Standard reported attempts by MDC-T to haul Deputy Prime Minister Thokozani Khupe before a disciplinary committee, the latest indication of a major fall-out between the two.

The move to haul Khupe, accused of instigating violence in Bulawayo ahead of the MDC-T congress 18 months ago, over the coals has raised eyebrows, with some party members saying it was part of internal fighting in the party. Zimbabwe Standard

Gukurahundi Massacres: How it all began (Part 1)

Through the Wire: Things to fix before election