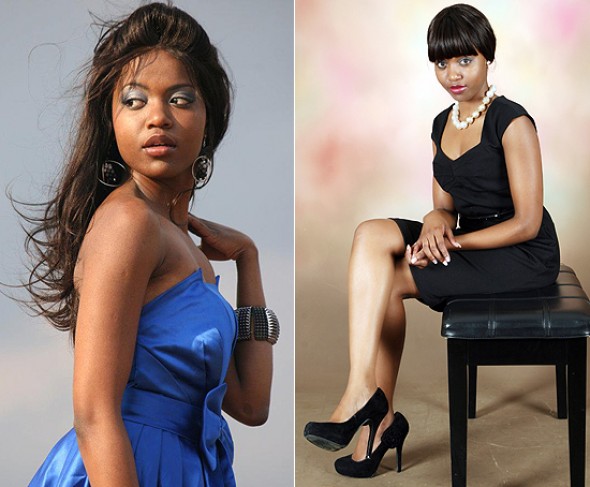 The State has applied for a medical examination on the model who allegedly terminated her pregnancy and burnt the foetus. Gamuchirai Maziva (25) is alleged to have colluded with her boyfriend Nyasha Maridadi to commit the offence.

Prosecutor Mr Tungamirai Chakurira said this when the lovers appeared before Harare magistrate Ms Anita Tshuma yesterday. Maziva is the reigning Miss February Face of Zimbabwe. The two are charged with unlawful termination of pregnancy and contravening Section 8 of the Burial and Cremation Act.

The Act prohibits “Dumping of Bodies and Hindering of Burial”. Mr Chakurira said the medical examination would be performed by a medical doctor to ascertain whether or not Maziva gave birth.

The pair’s lawyer, Advocate Mr Isiah Mureriwa of Scanlen and Holderness, said they would oppose the application unless provided with details.

“We will oppose that application unless we are provided with sufficient detail of the nature of examination to be conducted on Maziva. This would allay fears on risks associated with the examination,” he said.

The State alleges that on September 15, Maziva connived with Maridadi to terminate her pregnancy. After the abortion, the pair allegedly placed the foetus in a metal office bin and drove their white Nissan March to a bush within the Zimphos complex, in Msasa.

They allegedly dumped the metal bin before setting it on fire and driving away. Witnesses who saw Maziva and Maridadi taking the bin to the bush, followed up and discovered a foetus among the burning rubbish. A report was filed and investigations led to the pair’s arrest.

The couple is out of custody on US$100 bail each.

The US election and lessons for Zimbabwe

Through the Wire: Zimbabwe Sleep Walking into an Election