The US election and lessons for Zimbabwe 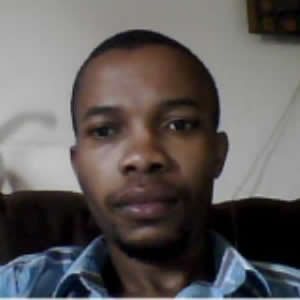 While they ran up and down preparing the ground for their elections, I could not help but find myself within the labyrinth created by all the noise around me.

Having been raised in a country considered to be a dictatorship, it was an exciting opportunity to experience first-hand how the First World handle their elections, hoping that in future I will be able to port the wisdom back home.

Below are some of the lessons I learnt during this race.

Even with all the information, humans can deliberately cling to lies

In the day and age when information is ubiquitous it would be expected that when a candidate is fact-checked and is discovered to be a perennial and serial flip-flopper the electorate would dump him. This was not the case in USA.

Mitt Romney made somersaults on a broad range of issues to the extent that a term was coined to capture the kind of ailment he was suffering from – Romnesia. During the republican primaries, Mitt Romney tried to project himself as a very conservative candidate.

He even said he supported “self-deportation” for illegal immigrants; yet when he went to campaign in the Latino populated areas, he was quick to tell them he would reform the immigration system to their advantage. He made lots of about turns on many issues including abortion, the economy and foreign policy.

What is shocking about this is that even after being exposed as habitually dishonest, more than fifty-five million people voted for him.

So many questions remain unanswered, but one big question for a Zimbabwean like me is; if in the face of all the information and evidence of dishonesty, Americans went on to vote overwhelmingly for Mitt Romney what more are Zimbabweans expected to do in the face of limited access to information?

Maybe humans are naturally inclined to lies than truth.

Certainly corporations are not people

While many people were looking at the polls to get an insight before the election, I was looking at the breakdown of donations. Of the $637 million that candidate Obama raised, 56 % were donations whose amounts were below $200 meaning that, more than 1.8 million low and medium income people committed to the cause of Barack Obama.

On the other hand; of the $388 million that Mitt Romney raised, only 23% were donations below $200. Thus only about 446 000 low and medium income people committed to fund him. While the biggest donors for Mitt – Sheldon Adelson and his wife donated $20 million, Obama’s biggest donor was Fred Eychaner who gave him $3.5 million.

Now, Governor Romney got more money from big donors and corporations than Obama but when all was done, the people won over the corporations, thus burying Mitt’s popular gaffe made in August 2011 that corporations are people.

When it makes business sense to open the media space

A total of $868 million was spent on ads in this campaign. Which means TV channels, radio stations, digital and print networks had brisk business during this period. Now, hypothetically speaking; had Romney lost the first debate would these candidates have spent this amount?

So, wouldn’t it make sense for CNN, Fox News, MSNBC to come together and spruce Mitt Romney’s image and create a race that never existed? Did Romney really surge after the first debate? If debates mattered that much why didn’t we see the same response when Obama clearly trounced Romney in the last two debates.

For the better part of the final weeks before the election, all networks projected a neck-to-neck race, yet the real Electoral College results showed a massive win for Barack Obama.

As I write, Obama has 303 Electoral College votes to Romney’s 202. These are the same forecasts that existed before the debates. So while the media is so important in a democracy, democracy too is profitable to the media!

At a CNN debate during Republican primaries Mitt Romney was asked in the context of  FEMA’s  cash crunch whether FEMA (Federal Emergency Management Agency) should be disbanded he exclaimed “Absolutely!”.

A week before elections, the East coast was hit by the worst storm to hit the USA in years- Sandy. Obama and FEMA responded affirmatively and decisively.  Under Republican George Bush Jnr Katrina killed 1833 people. Under Obama an equally powerful storm killed 100 people.

The response was so swift that the former FEMA director when Katrina struck – Michael Brown – criticized Obama for responding too quickly. When asked what he now thought of FEMA, Mitt Romney chose to ignore the question, lest people would see his true colors.

The loser loses all, but loses graciously

After a short period of denial, Romney emerged from the doors and congratulated Obama. Within five minutes he had varnished back into political oblivion. There is no chance that Romney will again contest for the presidency of USA.

That’s the beauty of American politics, a replacement will always be found. Had it been in Zimbabwe the loser would compete again for life, while the winner would seek to win for life. In the end, while they sang God Bless America, I prayed God have Mercy on Zimbabwe!

Copac has not altered draft constitution