Through the Wire: Zimbabwe Sleep Walking into an Election

OpinionPoliticsThrough the Wire
By Nehanda Radio On Nov 8, 2012 288 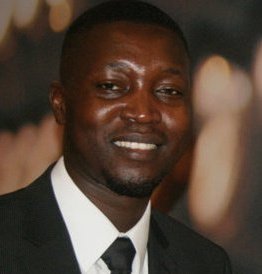 The main ingredient in Zanu PF’s political poison is designed to ensure that Zimbabweans suffer from ‘collective amnesia’. They want us to forget the Gukurahundi Massacres, Operation Murambatsvina, the June 2008 election violence and all the other innocent souls killed for daring to oppose them.

As we approach another watershed election, they now want us to forget how they rigged previous elections. The media has a role to play in constantly reminding the electorate how this regime has time and time again resorted to the same tactics. History repeats itself because we don’t pay attention the first time.

It was always obvious from the inception of the coalition government in February 2009 that Zanu PF would use its dominance drawn from the abuse of the state security agencies to frustrate any attempts to implement fundamental political, electoral, media and security sector reforms.

‘We are not sorry’ – discredited ZEC…

Zimbabwe will not have free and fair election until members of the tainted Central Intelligence Organisation (CIO) and former senior soldiers who work for the Zimbabwe Electoral Commission (ZEC) have been removed from the secretariat that effectively runs that body.

While many people naively celebrated the appointment of a new electoral commission, its influence was always going to be restricted to setting up policy. The secretariat is still packed with people loyal to Mugabe and the hard to digest fact for many is that it is this secretariat that actually runs an election.

You will have noticed how the Zanu PF controlled state media over the past few weeks are trying to spruce up the discredited image of ZEC deputy chairperson Joyce Kazembe. She is being quoted saying all the right but obvious things in a vain attempt to win back the confidence of the doubting electorate.

“In 2008 there were a lot of human errors but we do not rule out mischief. So we would like to eliminate human error. When votes are transferred, we hope it will be done through the computer,” Kazembe mumbled.

Kazembe has been with the ZEC for over 15 years and has been involved in over 5 disputed elections which Mugabe won. She was part of the discredited election commission, headed by retired brigadier general George Chiweshe.

That commission withheld presidential election results for weeks in March 2008, amid reports the period was used to manipulate and massage the figures that denied Morgan Tsvangirai an outright victory over a shocked Mugabe.

The two directors who work under Sekeramayi, Utoile Silaigwana (Operations) and Notayi Mutemasango (Administration and Finance), are former soldiers fiercely loyal to Mugabe. Silaingwana is responsible for polling, training, election logistics, voter education and public relations for the commission.

It was this same ZEC secretariat that was responsible for the sham election in June 2008, marked by bloodshed, enforced disappearances and outrageous human rights violations, all of which were a violation of the Electoral Act. The same individuals went on to declare the election free and fair.

During the 2002 presidential election the recently promoted Major General Douglas Nyikayaramba was the Chief Executive Officer of the commission. He made sure the body was stuffed with soldiers, state security agents and Zanu PF militia. His recruits are still there and will ensure Mugabe wins.

Another key figure is Registrar General Tobaiwa Mudede. Apart from being the man who gave refuge to the fugitive diesel mystic Rotina Mavhunga (Nomatter Tagarira), he is also the man in charge of the shambolic voters roll that has helped Mugabe win countless controversial elections.

The 68 year-old Mudede has been in charge of all elections held since 1985. In March this year he told the Zanu PF controlled ZBC radio that the country’s voters’ roll is ‘perfect’ and ruled out any possibilities of rigging through double registration, saying this would be detected by a ‘computer system’.

Before presidential elections in 2002 Mudede told a meeting at the International School in Harare that, “he could imagine no circumstances in which he would declare anyone other than Mugabe the winner.” Only after four court orders were pressure groups able to see a copy of the shambolic voters roll he used.

Last year in June a report by the South African Institute for Race Relations said there were 42,000 people over the age of 100 on the voters roll and that this was an ‘impossible’ number. Some appeared to be 120 years old, in a country with a life expectancy of 43, according to the World Health Organisation.

The independent Zimbabwe Election Support Network (ZESN) also noted that nearly a third of registered voters are dead and described the voters roll as a ‘shambles’ that needs to be overhauled before fresh elections are held. ZESN also want the voters roll in electronic form, rather than the paper version.

Two separate independent audits exposed that the voters roll has thousands of ghost voters used to inflate figures for Zanu PF and Mugabe. Experts say there are 2.6 million too many names on the voters roll and this phantom vote is more than enough to settle the outcome of any election.

Mudede’s refusal to relinquish control of the voters roll reinforces suspicions that he is a central player in rigging elections. If Tobaiwa Mudede, Joyce Kazembe, Utoile Silaigwana, Notayi Mutemasango and Lovemore Chipunza Sekeramayi retain their jobs, we can all forget about having a credible election.

We have been talking about this for some time now but remember “the frown on the face of the goat will not stop it from being taken to the market.” It’s time for all those who have an interest in ensuring a credible election to be proactive and not start crying foul when these same people have their way at the next poll.

‘We are not sorry’ – discredited ZEC backtracks on earlier…