Mutambara has become an extension of Mugabe 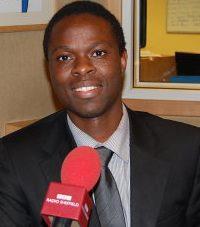 The position taken by President Robert Mugabe to boycott the constitutional conference if Arthur Mutambara was not allowed to attend as a Principal is ridiculous given that the Deputy Prime Minister has been denied political party funding by parliament on the basis that he does not represent anyone.

In doing this, Mugabe has already shown that he enjoys extreme veto power over the constitution making process, which is sickeningly worrying. As such, the utilisation of the same threat by the Professor seems to match Mugabe man to man and thus a successful spin on the impression that Mugabe had built, which was that he alone enjoys veto power.

As Phillan Zamchiya put it earlier in the day, the greatest concern should be placed on those who are trying to abuse the system in order to allocate themselves the Security Council status over the making of the Zimbabwe Constitution, which must be people  driven.

Mugabe has complained countless times at the United Nations (UN) about the powers of the UN Security Council yet he practises and seeks further powers over the creation of a truly democratic Zimbabwe. In fact, I would have applauded the other parties if they had decided to continue without ZANU PF.

I think Zimbabweans would be able and better served by a constitutional process that excludes Mugabe and any of his stalwarts, who Mutambara has become. No doubt the differences on democracy as an ideal between the other two parties in the GNU are rather not seriously consequential to the achievement of a broadly democratic Zimbabwe.

Mugabe is the spoiler, and the Prime Minister must have taken the moment of leadership in Mugabe and Mutambara’s absence.

Clearly, Mutambara, who is a member of a younger generation of leaders, is not doing our country a favour by allowing Zimbabwe’s constitutional process to be threatened by his presence in a structure in which his contribution is facilitated by Mugabe’s authority.

This certainly means that; therefore, his presence is not any more desirable since his own Principal (in this case Mugabe) can adequately represent both of them. The real tragedy of this story is the unveiling of the fact that in the GNU Prime Minister Morgan Tsvangirai is left alone to fight for a better Zimbabwe against a ZANU PF that is now overrepresented by the Mugabe and Mutambara.

The fact that Mugabe is willing to jeopardise Zimbabwe as a nation in Mutambara’s interests says a lot about Zimbabwe’s race to the bottom politics. Certainly, Mugabe presents himself as unpatriotic, because while for most of us allegiance is for God and country, it seems for him; it is for Mutambara and ZANU PF.

Political analyst Nkululeko Sibanda is a lecturer in Global and African Politics at the University of Huddersfield in the United Kingdom.

Drama as Ncube walks out of conference