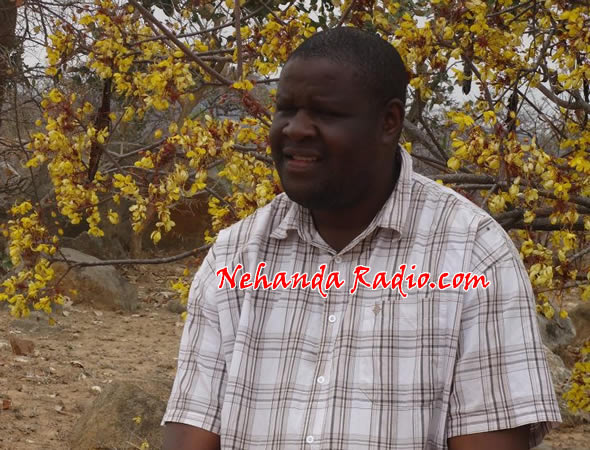 Such kinds of slogans might soon be buzzing at MDC rallies as the nerve-centre of the hated kitchen cabinet comes to a roaring and crushing end. The mighty Ian Makone, a long time confidant and friend of the MDC boss was sent packing from the Prime Minister’s office where he was the Chief of Staff.

Sibanengi Dube: “Zanu PF is stitching up the ass in an…

Media reports claim that Makone was shown the door for bankrolling Locardia Karimatsenga’s legal challenge of Tsvangirai’s marriage to Elizabeth Macheka. The official version from Tsvangirai ’spin-doctor, Luke Tamborinyoka, is that Makone was re-deployed somewhere.

Whatever the ‘redeployment’ tale is all about, but what is not disputable is that the Makones are in trouble. Speculation has it that Lazarus Muriritirwa and James Maridadi also got their fingers burnt for excessively interfering with Tsvangirai’s private life. There is no debate that the two were mingling with their boss’s life at the instruction of the Makones.

And of course Ian was fired much to the jubilation of the majority of MDC supporters and leaders who view Ian and his wife Theresa as the greatest threat to Tsvangirai’s political and private life.

The honest truth is that the filthy rich Makones are control freaks and serial manipulators. They menacingly pursue their agendas without any regard of anybody’s feelings. Typical of Zanu PF modus operandi, where they came from, the pair stops at nothing in their ravenous attempts to bag whatever they set their eyes.

I am sure we all remember the gruelling contest for the Secretary General position of the Party soon after the break-up, when Ian went for Tendai Biti’s throat despite clear evidence that the motor-mouthed lawyer was the darling of the electorate.

The duo unsuccessfully attempted to control all facets of the President’s life earning themselves instant hostility from the entire leadership of the Party. They literally surrounded the President with their close kinsfolks like predators circling on a prey, plainly diminishing his accessibility to genuine advice.

All of a sudden Ian became an instant best friend of Morgan after joining MDC while Theresa squarely masqueraded as an inseparable friend to Tsvangirai’s late wife, Susan.

The couple never missed any opportunity to remind everyone that they were friends to the President literally beating everyone into submission. The suspicious union of expediency was just too perfect to be genuine. “I was Susan’s best friend and Ian is close to Morgan,” Theresa would always tell any journalist who bothered to ask her about their closeness to Tsvangirai.

Is it difficult for anyone to realize that this is the controlling closeness which they wanted to maintain by roping-in Locardia? But now things are falling apart. Those who had the misfortune of working with Theresa say each time she opens her mouth she would either be boasting or threatening someone. She is known for carrying out her threats without warning or any provocation.

Ian had the guts to rope-in his nephew James Maridadi to be Tsvangirai’s spokesman at a moment when the MDC presidency was dreadfully in need of a power-house spin-doctor. A DJ who could hardly write a proper press statement was the weakest link for the job. Imagine!

Maridadi spent his adult life changing music discs at ZBC and entertaining toddlers on air and as to how he eventually landed on such a demanding job is too preposterous to merit even as a passing sneer. Ian also parachuted his relative, a journalist from nowhere to the Prime Minister’s office without any consideration of experience or understanding of the MDC culture.

The 62 year-old woman loves power and knows how to flaunt it. The co-minister of Home Affairs stunned SA police officers in Johannesburg in 2010 when she ordered them to detain an MDC member for the whole weekend during an MDC SA congress which she presided over.

I was 100 centimetres away from her when she issued such a directive. Of course the police laughed off her orders and ignored every word that came out from her mouth. The Pretoria voting delegate had challenged her for omitting the accreditation process.

This might sound like personal attacks, but every word in the above sentences represents the truth about Mai Makone.

Only Ian was banished into the political wilderness and Theresa is still serving as a co-minister of Home Affairs apart from being the women’s assembly boss. But it won’t be surprising if she joins her husband into the wilderness sooner than soonest.

Isimba kaviri kugwa nemurume wemunhu (One has to budget for extra energy upon picking up a fight with a married man, because the woman will be tempted to join the scuffle). I am sure Tsvangirai has stored the correct amounts of energy and might strike again.

This time the target will be the madam. The madam is the easiest target to crush because no-one will raise a finger to save her because no one from Harvest House will sympathize with her. May-be protestations might come from the Shake Shake building but never from MDC structures. What punches or consequences could Morgan absorb for ejecting the powerful couple? None, at all!

There are no secrets to divulge even if the fight for the soul and heart of MDC between Morgan and the couple turns ugly. Tsvangirai is one politician who has managed to remain above scandalous operations executed under the cover of darkness.

His fierce sense of righteousness and the zeal to do everything above board has always been his only weapon against all adversity. The MDC woman’s assembly boss is bossy.

At one moment she told complaining MDC members in Sandton during an information exchange event to shut-up when they challenged her to substantiate her claims that the documentation process was running smoothly at the Zimbabwe consulate in South Africa.

During the same event, she enraged Zimbabweans in Diaspora when she started spitting her co-minister Kembo Mohadi with accolades and praises much to the annoyance of some members of her audience who ran away from Zimbabwe because of police brutality which was carried out by members of ZRP under Mohadi’s watch.

Can anyone imagine that she failed to understand people’s anger? Does anyone need to be reminded that Zimbabweans are angry with Zanu PF characters like Mohadi, Augustine Chihure, Constantine Chiwenga and many others? Such levels of insensitivity by a member of the upper echelons of MDC stink to high heaven.

Speaking during the same event she rubbished the complaints from Zimbabweans as gutter politics and praised herself as an intellectual who could not sink to the low levels of Zimbabwe refugees squatting in South Africa.

Members of the audiences were left with no option except to boo her down until she abandoned the stage before finishing her speech. Theresa also earned notoriety when she took on the much fancied MDC woman of the people Lucia Matibenga from the left and controversially snatched the Woman’s Assembly chair from her.

By then she was believed to be untouchable after making everyone to believe that she was enjoying the tacit support of the MDC boss. Her impervious handling of the contest split the Party into detectable factions which took years to heal.

As if this was not enough headaches for Tsvangirai, Theresa controversially and ironically ambushed Police Stations demanding the release of Didymus Mutasa’s son, who was arrested for alleged fraud. And this was during the time when a lot of MDC officials and supporters were languishing in prison on trumped up charges.

Now Jezebel is at it again. This time she went a bit too far and her wings were clipped-off whilst mid-air. She paid the legal bills of Locardia? Those who know her well said the Food Technician has always been very careless but her treacherous antics this time around compelled Tsvangirai to believe kuti waita nyoka mumba.

Mudhara as Tsvangirai is affectionately known within MDC circles expectedly responded by crushing the head of the snake. State media claimed over the weekend that the prime minister’s new wife Elizabeth pressurized Tsvangirai into acting against the Makones.

If such claims are true then hamba yasangana ne unedemo (The tortoise has met its match) The Makones were regarded as invincible until this latest development.

They have been boasting for a decade claiming to be having the president in their pocket. They surely should not have taken the President for granted. They had the temerity to go behind his back and bankroll Locardia’s legal challenge to Tsvangirai’s marriage to Elizabeth maximizing embarrassment to a man they claim to be a family friend.

Such sheer cruelty borders within the levels of witchcraft. Deception of this magnitude is worse than having a noxious snake under one’s pillow. Even Zanu PF never managed to perpetrate the magnitude of pain which the Makones inflicted on Tsvangirai by spectacularly scampering his mono marriage to Macheka.

Tsvangirai must be a patient and lenient man because truckloads of complaints against the recalcitrant couple have been reaching his desk since the duo joined MDC. He gave them a long rope and caught them napping.

Sibanengi Dube is a former student leader who later became a journalist in both Zimbabwe and South Africa. He has also previously served as MDC-T spokesman in South Africa.

Mutambara has become an extension of Mugabe

Sibanengi Dube: “Zanu PF is stitching up the ass in an effort to get rid of…