ZCTU have sold out on constitutional reform 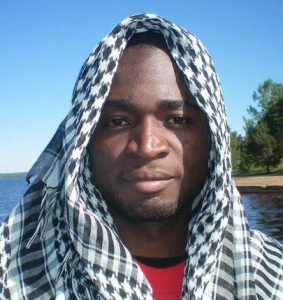 In 1999 two historic processes occurred in Zimbabwe that shaped the political landscape, namely the first National Working Peoples Convention in 1999, as well as the first People’s Constitutional Convention.

The two processes led to the formation of a strong opposition political party the MDC, with the latter leading to resolutions that rejected the Presidentially appointed Chidyausiku Commission draft constitution in 2000.

All these processes were as a result of a strong, coordinated, principled labour union that massively contributed to blocking attempts by politicians to force a constitution on the people of Zimbabwe.

The trade union then was under the tutelage of Morgan Tsvangirai and Gibson Sibanda who fought fearlessly for a new constitution as a result of the flawed Lancaster House Constitution that was being systematically used to suppress the working class people and the vulnerable sectors of society.

Hats off to that generation of trade union leaders for putting much needed pressure and forging alliances with the students and peasants in bringing the constitutional debate into the political arena.

The working class people who gathered in Chitungwiza were fully cognisant that the writing of the new constitution should not and never be a prerogative of politicians. That is why they agreed that the process should be led by an independent constitutional commission defined by and accountable to a conference of representatives of elected civil and other social groups.

This is one of the principled as well as progressive stances that has always been associated with the workers of Zimbabwe in particular the Zimbabwe Congress of Trade Unions (ZCTU).

That is why the ZCTU, continued being part of other revolutionary democratic processes that were to follow namely the 2nd Peoples Convention of February 2008 that authored the Zimbabwe Peoples Charter.

It was not surprising that the ZCTU again joined the students and the NCA in July 2009 in resisting the politician driven process by COPAC and that meeting called for the abandonment of COPAC because the framework as enunciated through Article V1 of the GPA deviated from all these historical processes.

The Chitungwiza Convention which the ZCTU leadership was part of agreed to this;

“If the inclusive government and/or parliament do not heed our call to cease forthwith the constitutional reform process as outlined in Article VI of the Global Political Agreement (GPA), we will actively seek a rejection of any draft constitution produced by the same process through campaigning for a No vote should that draft be brought to a referendum,’’and one wonders what has changed now.

However as the processes unfold, with leadership renewal, infighting, factionalism and bankruptcy of the ZCTU, the labour movement has suddenly made a U-turn.

The once vibrant, principled labour union seems to have backed down on their earlier position of resisting a politician constitution and they have since endorsed the COPAC draft. Such inconsistency in application of principle has left me wondering what has really happened to the once principled ZCTU?

Some media reports have it on authority that the union received a ‘paltry’ $US87 000 funding from a European donor organisation called 3Fs, the handout, which we are told was conditionally disbursed on condition that the ZCTU endorses the COPAC draft.

If the truth be told without fear or favour and without a pinch of doubt the ZCTU leadership is out of touch with its membership which did not participate in the COPAC process. This is a clear case of personal interest overriding principle.

The ZCTU leadership should be reminded that the workers of Zimbabwe are not dunderheads, they are not lifeless bodies, they are neither robots nor toys, they are breadwinners, fathers, mothers, sisters, brothers and family heads of many households and they are aware that this draft was fraudulently produced without their input, and does not carry their aspirations.

Only two unashamed individuals, George Nkiwane and Japhet Moyo want to force their unpopular position on the working class people of Zimbabwe.

It is very clear that the position to support the draft is not shared collectively by the working class people but rather it is a position of these two individuals, and their drinking partners disguising themselves as a ZCTU general council.

These two individuals have clearly sacrificed principle on the altar of political convenience and cheap pieces of silver.

The real workers want a people driven process; they said it in 1999, 2000, 2008 and they said it again in 2009, and there is absolutely nothing in that draft that will lift the aspirations of the working class people.

It is an open secret that the ZCTU is a now beleaguered union, led by career unionists who are now serving interests of political parties especially the MDC-T at the expense of its membership, the workers.

The ZCTU has lost ground and does not represent workers; hence they only shout from their air conditioned offices at Chester House when workers are wallowing in poverty.

It is now an empty shell of its former self in that like any empty vessels making a lot of uncoordinated noise aimed at massaging the egos of factional politics.

They are busy bringing commissions to investigate internal feuds in the MDC-T and paying lip-service to collective bargaining. Spending time eating cakes and drinking tea with the minister of labour and that of public service while forgetting the bona-fide workers who are chasing after the blood of the same.

What sort of a workers union that endorses a process where MPs were grossing $100 a day at a time when majority of its membership are getting salaries way below $250 a month. A process, in which they never participated and still will be participating on the peripheries and still declaring to vote YES.

A constitution that does not clearly carry the aspirations of the working class people. Shockingly in their leadership, still is Minister of Public Service Lucia Matibenga, as one of their Deputy Presidents. Talk of corporate incest, this is what exactly they are doing.

How does she act the boss and the servant at the same time? It doesn’t work. She has to be clear on what she wants and relinquish one of her posts.

What is clear is that the workers are lacking leadership as exhibited by the guys at the helm of the ZCTU, whose ambitions for positions in an MDC-T led government should the party wins the next elections is now open.

The workers union has to re-invent itself and rising above personal and egoistic interests and strive for the uplifting of the livelihoods of the working class people. Zvazviri!

Blessing ‘Vuvuzela’ Vava is a blogger from Chipinge. He writes here in his personal capacity, the views expressed in this article are entirely his and not in any way views of an organisation. He can be contacted on [email protected]

Pictures of Beverly and Sexy Angels in Action

Many Men Are After Me Says Taken Beverly