Why Zanu PF draft should be rejected 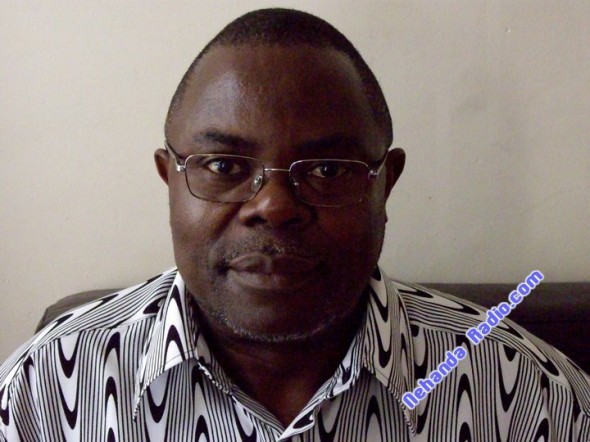 This article seeks to analyse the key provisions of the new draft constitution recently approved by the Parliamentary Constitution Select Committee (COPAC) and submitted to the Government of National Unity principals against the background of ZANU-PF constitutional amendments.

Few would dispute that the new draft constitution is a piece of document which is likely to create democratic institutions which would lead to a fully representative government through free and fair elections.

The new draft constitution is neither perfect nor imperfect and yet it has an important characteristic – it sets into motion an inclusive political process that would be locally driven, with constitutional mechanisms established to accommodate diverse interest groups across Zimbabwe.

The citizens of Zimbabwe need to be convinced that a state exists and that it would be led by a government that carries with it legitimacy of purpose. The new draft constitution was crafted after public consultations had been organised in order to provide inputs from citizens.

The main elements of modern democracy such as popular participation, voting, representation, human rights and the rule of law are all enshrined in the new draft constitution.

The questions are: Why have ZANU-PF leaders submitted amendments to the new draft constitution? Why are they trying to circumnavigate demands for broader constitutional ref-orms? How can ZANU-PF leaders, who are themselves clearly the problem, be part of the solution?

The answers to these questions are located in the mindset of ZANU-PF leaders themselves. There are several contentious constitutional issues and these include the issue of Executive powers, the dual citizenship, devolution, the position of the Attorney General versus the proposed national prosecution authority and the presidential running mates. ZANU-PF leaders have submitted their amendments to these provisions.

Regarding the issue of Exec-utive powers of the presidency, it is no surprise that ZANU-PF leaders are objecting to the stripping off of most of these powers. The leadership of ZANU-PF and the party itself are still living in the past.

The world has moved on, so should Zimbabwe. It has been common practice in Zimbabwe and in Africa generally, that Executive powers have been used, among other things, to give and grant favours to the party loyalist from village level up to the highest echelons of power in government.

If anything the Executive powers are often characterised by neo-patrimonialism. The issue of dual citizenship must be understood in terms of self-preservation by a very small elite in Zimbabwe. We now live in a world where concern for human conditions is big business. As such, single citizenship is no longer sacrosanct.

The particular significance of dual citizenship lies in its capacity to promote heterogeneity from across social, cultural and geographical spectrums. Diversity also becomes the product of dual citizenship. Through dual citizenship, children of Zimbabwean descent born in foreign countries, such as Britain, USA, South Africa etc would rediscover their fundamental value as members of the Zimba-bwean community.

However, with the right policies, ZANU-PF should not be afraid of dual citizenship. It is inconceivable that another ‘Ian Smith’ would rule Zimbabwe again. This writer can only echo the catchy phrase of President Robert Mugabe himself that “Zimbabwe will never become a colony again”. So why fear the enshrinement of dual citizenship in the constitution?

On devolution, it needs to be recognised that devolution is merely a statement of intent. This concept is designed to create the conditions for the expansion of democratic authority. It is not designed to carve up Zimbabwe. Rather, it is going to be the devolution of authority to the provinces and districts and village councils.

Other areas of contention, such as the issues of presidential running mates, provincial governors and the creation of a national prosecution authority must be explained in terms of ZANU-PF’s failure to adapt to change. Given the fact that for 30 years a single party has controlled a larger share of State institutions, this situation has prevented ZANU-PF from effectively introducing political reform. ZANU-PF has come to resemble a club where friendships easily overlook wrongdoing.

Thus, in order to avoid the flaws and failures of the past, there is now a greater need to reject the ZANU-PF constitutional amendments without reservation and to welcome the COPAC draft in its entirety. Leaders come and go but constitutions are permanent and are created for posterity. Executive-led power politics have had adverse consequences for inclusive governance and democracy in Zimbabwe and in Africa generally.

The way forward is that Zimbabweans should grab this window of opportunity afforded by the COPAC draft constitution and vote “YES” during the referendum. Zimbabweans do not eat constitutional statistics but are interested in real political change. Genuine democracy can be achieved but only if it can be freed from its strangulation by Conser-vative forces who are failing to adapt to the changing 21st century circumstances.

Fuel prices up despite threats by Biti