Fuel prices up despite threats by Biti 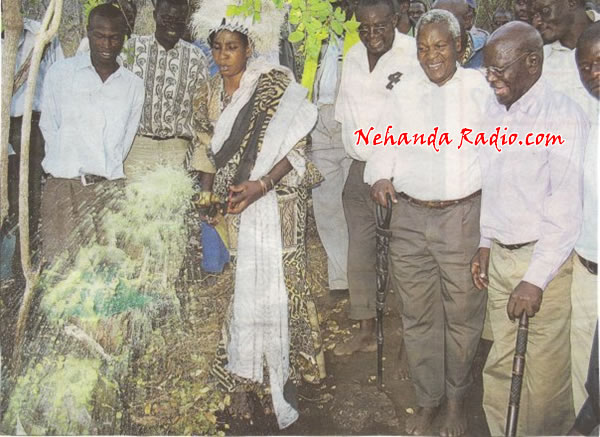 Fuel prices have gone up since a surprise hike in excise duty last month, despite assurances by Finance Minister Tendai Biti that pump prices would remain flat even in the event of a spike in international prices.

The increase in fuel prices raised the threat of market-wide price adjustments, which were likely to trend north due to a combination of factors, among them increased transport costs, jeopardising recovery of a frail economy smarting from the effects of a decade-long crisis that ended with dollarisation in 2009.

Already, bread manufacturers are agitating for an upward review of prices, arguing that input costs have escalated over the past few months. Phanuel Gukwe , president of the Shipping and Forwarding Agents’ Association of Zimbabwe (SFAAZ), said production costs were already high locally, making Zimbabwean products uncompetitive.

“The fuel price hike worsens an already worrisome situation,” said Gukwe, who indicated that transport costs were also likely to go up. Fuel contributes about two percent to costs in most industries. The costs however go up when power blackouts become frequent, as is currently the situation in the country.

Market players said the price of both diesel and petrol, which had already gone up by about US7 cents before Biti’s announcement in July, went up by around US$5 cents in August, days after the hike in excise duty for fuel. There was another increase over the week-end that lifted pump prices by as high as US$9 cents per litre.

Biti said the increase in the excise duty rate should “not translate into higher prices of diesel and petrol, in view of the decline in the price of crude oil from US$124 per barrel in April 2012 to US$101 per barrel as at 13 July 2012”.

He said given the magnitude of the decline in crude oil prices, government did not expect an adjustment in the price of petrol and diesel “notwithstanding the increase of excise duty on the same products”. He threatened to put in place what he termed “strict monitoring arrangements” to curb any increases in fuel prices.

But fuel industry players confirmed prices had indeed gone up since August 1, 2012. “You will appreciate that European countries are going into winter and demand is already high. This has pushed prices up,” said an executive with a fuel company who declined to be named.

Confederation of Zimbabwe Industries (CZI) president, Kumbirai Katsande, was not immediately available for comment due to pressing work commitments but he had told The Financial Gazette’s Companies & Markets when Biti announced the new measures that industry was concerned about the potential impact of that decision on industry.

“We are worried about the impact of increasing the cost of operations on local industries. As you know, we are already uncompetitive against cheap imports from South Africa,” said Katsande.

“Most of our members have generators because of the current power situation. Processes have to continue even after electricity blackouts,” Katsande said. Financial Gazette

Why Zanu PF draft should be rejected