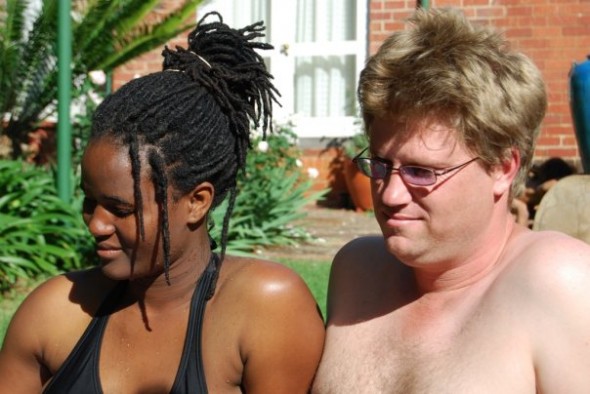 Do these people enjoy the same benefits given to all Zimbabweans?

Whilst some have achieved so much in the political and sporting arenas, some have seen their farms grabbed, properties destroyed and businesses seized. Bennett was denied the right to stand as Agriculture Minister by Mugabe with analysts saying that Zanu PF was afraid he would uncover the under-using of farms and other corrupt activities.

‘When State managed institutions fail, everyone…

Bennett later left Zimbabwe for exile with some politicians baying for his blood. Cross and Kay although MPs who were elected by the black Zimbabweans, are still referred to as traitors and Selous Scouts who cannot be allowed to enjoy a share of Zimbabwe’s vast wealth resources.

Zanu PF bigwigs even warned Marondera residents against voting for Ian Kay. The Patriot newspaper even carried stories labelling Kay as a sell out who burnt 500 cattle at a dip tank near Marondera in the then Rhodesia.

Thank God David Coltart who is Education Minister has received positive reports after overseeing the achievement of the 1:1 textbook ratio in all primary schools. Although MDC white politicians received better media reports, it is all shining armour for their Zanu PF colleagues who include Dr Stamps, Joshua Sacco and Zanu PF MP Peter Harritatos.

Sacco whose father came to Zimbabwe after independence benefited from land grabbed from fellow whites whose ancestry can be traced as back as 1600. Harritatos was at one time accused of perpetrating violence but no state newspaper reported the doings of their party darling.

As for Dr Stamps I have kind words for him since we cannot tarnish his good works because he is Mugabe’s advisor.

In the business world, whites are not even allowed to benefit from the Indigenisation drive because of their ancestors’ behaviour.

Only Billy Rautenbach, Mr Irvines and Mr Bredenkamp can operate and boost business empires at their own will as they are aligned to Zanu PF with Rautenbach claiming that he pays school fees for Zanu PF strongmen.

Wendall Parson, the BBA winner received $50k at a dinner hosted for him at statehouse with Youth Minister Saviour Kasukuwere showering praise at him. Yes its true, white Zimbabweans can do sports as they wish.

Kirsty Coventry received over $100k from Mugabe and he labelled her the golden girl (don’t forget the diamond boy is Munya).White Rugby players and other white sportsmen like Nick Price, Axcil Jefferies and the Black brothers have received support from Mugabe’s government without being opposed.

Even the Zimbabwe cricket Captain is white in a team dominated by blacks. There is also no controversy in horse racing, tennis, hockey and bowling if whites take charge. It therefore is clear the only way for white Zimbabweans to live in peace is to stay away from politics and focus on sport, how sad.

‘When State managed institutions fail, everyone suffers the consequences’