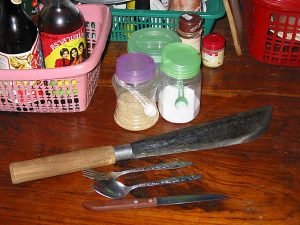 A Harare man allegedly in the habit of taking pornographic pictures and videos of his wife was yesterday brought to court by the wife who sought a protection order. Gemma May Barrat also told the Civil Court that her husband Grantley Stuart Barrat always threatens to shoot her.

She said her husband was in possession of pictures of his ex-wife and ex-girlfriend they were taken while naked. “He told me that he likes keeping the naked pictures and videos so that he looks at them,” said Gemma. “He continually threatens that he wants to make me have sex with a group of men and women while he watches and films.

“The pornographic DVDs and photographs are kept in three metal trunks. I was too scared to make a police report because my husband is a violent and dangerous man.” Gemma told the court that Grantley sleeps with a machete under the bed and always threatens to kill her.

“He recently bought two guns and has also threatened to kill me,” she said. “He told me that in the war he has learnt how to cause injury without it being visible and sometimes he lifts me up by the head. “I have been to hospital with spinal concussion and sometimes he locks me in the house.”

Gemma said Grantley smashed her laptop, took away her cellphone and withdrew all the money in her bank account. Grantley said he had no objections with the granting of the protection order.

“But she has produced no evidence of the pornographic material she was referring to and if anyone should be ordered to destroy them, it should be her,” he said. Magistrate Mr Milton Serima postponed the matter to today so that Gemma produces the pornographic videos and pictures as evidence.