Zim diamond looters on wrong side of history 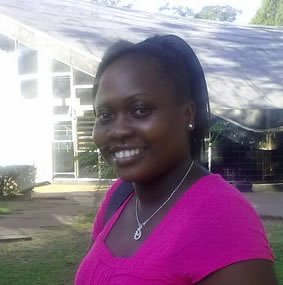 To those who cling to power through corruption and deceit and the silencing of dissent, know that you are on the wrong side of history. US President Barack Obama Inaugural Address, 2009.

A few days after Finance Minister Tendai Biti complained that Treasury had not received any money from diamond mining company Anjin Investments, a new report by Global Witness exposes its murky ownership structure.

This report describes growing evidence of smuggling, the militarization of diamond resources into individual pockets. The Chinese company, Anjin Investments, is allegedly not contributing anything to the national fiscus.

Tens of millions of dollars in diamond profits perhaps more are being secretly extracted from state-owned mines in eastern Zimbabwe, bypassing the nation’s treasury and raising fears that President Robert Mugabe is amassing wealth to help extend his 31-year reign, according to monitoring groups, diplomats, lawmakers and analysts.

Zimbabwe’s diamond industry is out of control. The government has expropriated diamond lands and companies without due process, and has awarded the prizes to ZANU-PF cronies and to the military. It has used brute force to clear the diamond fields of Chiadzwa, murdering dozens of people in the process.

Increasing military control in almost all of the diamond mines, and over the Ministry, suggests that a new conflict diamond scenario may be developing. With a total of seven mines, Anjin is the biggest mining operation in the Marange area.

Global Witness say that half of Anjin’s shares are held by Brigadier-General Charles Tarumbwa, a Zimbabwean military lawyer also listed as the company secretary and principal officer.

Described by the United Nations as a Judge Advocate General at the Ministry of Defence, Brigadier General Tarumbwa is listed on the current EU targeted sanctions list because he was “directly involved in the terror campaign waged before and during the elections” in Manicaland.

The Global Witness report further exposes more inconsistencies in the ownership structure because, the company register also states that Anjin’s share capital is made up of US$2,000, consisting of 2,000 ordinary shares, which are shared equally between Brigadier General Tarumbwa and Zheng.

Anjin’s executive board on the Zimbabwean side is a ‘who is who’ of police, military and state security chiefs, some notorious for their involvement in gross human rights abuses, including murder.

Also on the board are Mabasa Temba Hawadi (Director Marange Resources), Morris Masunungure (retired army officer) and Romeo Daniel Mutsvunguma (a retired army colonel who took part in the brutal political violence in the run up to the June 2008 one man presidential run-off election).

In the thick document of 33 pages released this week Global Witness claimed Zimbabwe security forces were heavily involved in diamond mining through front companies. In one of its evidence, the group showed a letter purportedly written by police commissioner General Augustine Chihuri to Mines Minister Obert Mpofu applying for diamond concession to mine diamonds.

It’s quite clear that there’s much more money floating around than is justified by the level of economic activity, based on information from geologists and production records, one company alone mined $1.4 billion in diamonds in Marange last year, far more than the $300 million the mining ministry had reported for all its operations there.

The political consequences of this could be stark. A military operation known as Operation Zhunde Ra Mambo, or “blessings of the chief,” financed by the ZANU-PF member who oversees the state’s interests at Marange, has deployed troops to rural areas to intimidate political opponents, according to one former opposition intelligence operative.

Off-budget financing of the security sector undermines Zimbabwean democracy by subverting civilian control over key organs of the state.

Revelations by the executive chairperson of the State Procurement Board, Charles Kawaza, that the office of Zimbabwe’s President and Commander-in-Chief of the Republic of Zimbabwe, Comrade Robert Gabriel Matibiri Mugabe, directed the awarding of the job to construct the Zimbabwe Defence College in Mazowe is obviously part of the reasons why Zimbabweans are suffering in a country that is rich with diamonds.

Given the violent reputation of the CIO and military, we fear that this money could fund human rights abuses during the forthcoming elections. The international community should investigate the activities of Anjin Investments (Pvt) Ltd to see whether their actions justify the involvement of the military in mining activities.

What mining expertise does the military have? Their only skill as confirmed by the presence of state-sponsored is beating ‘confessions’ out of innocent people, arrested on trumped up charges. How does that equip to running a mining concession? It is only in a failed state where one finds a police force that has no clue what its mandate is.

Maureen Gombakomba works for the Crisis in Zimbabwe Coalition