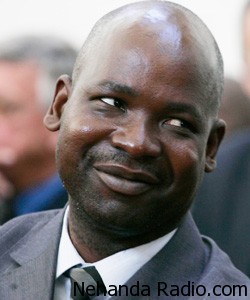 HARARE – South African and Zimbabwean authorities are in panic over how to deal with a ruling by the North Gauteng court ordering the arrest and prosecution of Zimbabwean officials involved in human rights abuses and torture.

Zimbabwean officials jumped to criticise the ruling as “political” while their South African counterparts have been put in a fix given the need for Pretoria to maintain warm relations with Harare.

The ruling means that South African authorities can probe and prosecute crimes committed in neighbouring Zimbabwe under international law.

Top Zanu PF officials implicated in the abuses but are untouchables in Harare, now face the real risk of jail because they frequent South Africa for medical care and shopping. They also regularly visit South African universities to see their children studying there.

These officials could end up at the International Criminal Court (ICC). In his ruling, South African judge Hans Fabricius said reasonable grounds for the prosecution of Zimbabwean officials exist.

“In my view, it is clear when an investigation under the ICC Act is requested, and a reasonable basis exists for doing an investigation, political considerations or diplomatic initiatives are not relevant,” said Fabricius in his 100-page judgment. But Zimbabwean government officials immediately rubbished the ruling, laughing it off as a political exercise in futility.

“The South African Police Service has no jurisdiction to prosecute us,” Johannes Tomana, Attorney General (AG) told the Daily News. The top government lawyer said even the International Criminal Court (ICC) have no right over Zimbabweans.

“ICC has no jurisdiction to prosecute us. Crimes against Zimbabweans fall under the laws of Zimbabwe and can only be prosecuted under these laws. Zimbabwe itself is not party to the ICC charter, it is not a member of the ICC,” said Tomana adding that there is no prosecuting arrangement between Zimbabwe and South Africa.”

“I am not aware of such an arrangement between South Africa and us and between us and ICC to prosecute Zimbabweans. In a way, we are disappointed by this political decision,” Tomana added.

The ICC is a Hague-based court established to prosecute individuals for genocide, crimes against humanity and war crimes. Zimbabwe is not part to the Rome Statute which established the court on July 1, 2002.

The ruling by the South African court followed a case brought by the Southern Africa Litigation Centre (SALC) and the Zimbabwe Exiles Forum seeking to force prosecutors to open an investigation into Zimbabwean officials accused of human rights abuses in their home country.

The two organisations cited South Africa’s ICC obligations.  The two groups want South Africa to arrest and prosecute 17 Zimbabweans accused of torture in 2007 if they enter the country for holiday, shopping or seeking medical treatment.

This would extend to other perpetrators involved in other recent cases.

South African prosecutors had refused to investigate the allegations, citing among other things, political concerns brought about by the sensitivity around that country’s role as the mediator to Zimbabwe’s political crisis.

South Africa’s National Prosecuting Authority (NPA) told South African media yesterday the department was still to make a decision on how to respond to the ruling.

“We are not going to say we are appealing or not at the moment but we will refer the matter to the police to act. They are the ones who have to be on the ball,” said Mthunzi Mhaga, the NPA spokesperson.

For its part, the South African police told the Daily News that they will be appealing the decision.

“We have noted the judgment and we are studying it with the view to appeal,” Captain Dennis Abriao, SAPS national spokesperson said from Pretoria yesterday. Nicole Fritz, director of the SALC said the judgment “is precedent setting in that… it makes it much more likely that those who have committed crimes such as genocide and other crimes against humanity, face prosecution if they enter South Africa.”

Gabriel Shumba, a torture victim and leader of the Zimbabwean Exiles Forum, said the ruling should act as a deterrent to would-be violators of human rights.

“At present, it is not clear whether the National Prosecuting Authority and the South African Police Service (who are the respondents in this case) will appeal the decision, but if they do, they will only be setting even more authoritative legal precedents as we are confident that the reasoning behind this decision is so sound that it will be very difficult to overturn,” said Shumba, who fled Zimbabwe in 2003 after being tortured for offering legal representation to Job Sikhala, then an MDC MP.

“From our side, we will now study the decision in full, and see what steps are necessary to enforce compliance in the event that the rule of law is again sacrificed for political expedience,” he said. Daily News

Teacher kills maid who slept with her husband