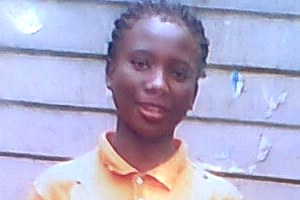 Teacher kills maid who slept with her husband

A Hwedza schoolteacher reportedly fatally assaulted her teenage maid after catching her being intimate with her husband on their matrimonial bed and hid the body for 12 days. The body was later found hanging from a tree with some body parts missing.

Missing from the maid’s body were feet, which were chopped from the ankles, an ear, breast and private parts.

Itai Mutami (35) — a teacher at Makanda Primary School — allegedly assaulted Sarudzai Chitevere (17) after she caught her being intimate with her husband Patrick Sandati (36) in the couple’s bedroom. Mutami then reportedly connived with her husband to conceal Chitevere’s body for 12 days.

According to Oripah Mariridza of Negombwe Village under Chief Ruzane who is related to Chitevere, Mutami hired the teenager to care for her unemployed husband and children. After working for one-and-a-half years, the maid later fell in love with Sandati.

Word about the pair’s relationship reached the primary school teacher who then set a trap and found them in bed on the fateful day.

“They (Sandati and his wife) came here on April 23 reporting that Chitevere went missing following a misunderstanding. They came back two days later with her clothes, but I refused to accept them,” narrated Mrs Mariridza.

She said Chitevere’s body was later found hanging from “a small tree” on May 2. “How can one kill someone who cooked for her for one-and-a-half years? We are shocked,” said Mrs Mariridza. Chitevere’s relatives are refusing to bury the body.

“How can we bury a child with missing body parts? All we are saying to them is please bring back the body parts you took away and we will bury her,” said Chitevere’s grandfather, Mr Naison Chitevere.

“We are shocked and angry at this gruesome murder and we demand an explanation from those who killed her,” added Mr Sandati. A post-mortem report confirms Chitevere died from injuries sustained during an assault.

Mutami and Sandati have since appeared before a Marondera provincial magistrate facing murder charges and were remanded in custody.

“On April 20 2012 at Sandati Village under Chief Ruzane, the accused as husband and wife connived to assault Sarudzai Chitevere, their maid, with open hands, sticks and sweet reed many times all over her body till her death.

“They tried to conceal the body for 12 days,” reads the charge sheet at the court.