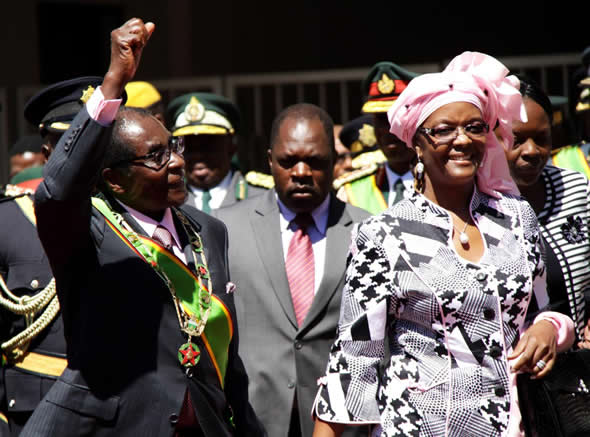 HARARE – Cabinet was this week deadlocked on the theme for today’s Independence Day commemorations, with Prime Minister Morgan Tsvangirai’s party resisting attempts to turn the day into a Zanu PF affair. Tsvangirai yesterday told reporters he will be attending the commemorations to be held at the giant National Sports Stadium, but will not endorse the theme of indigenisation.

“It is regrettable that Independence Day has been monopolised and personalised by one political party. This is a national day that is greater than Zanu PF, the MDC, Mavambo or any other political formation,” Tsvangirai said.

Today’s event is being held under the theme “indigenisation and economic empowerment for economic transformation”, but Tsvangirai feels the theme identifies with Zanu PF’s aspirations.

“We rejected it because we find this a repugnant theme which sounds more of a slogan for a political party than an inclusive, peace-building theme which should be determined through consensus. There was no consensus on the current theme,” Tsvangirai said.

His party members would attend the commemorations despite the provocation around the theme, said Tsvangirai. “While we reject the theme, we refuse to be chucked out of a national day which has nothing to do with Zanu PF but has everything to do with the collective history of all Zimbabweans in their diversity.”

“So we will be there to pay tribute to the gallant sons and daughters of Zimbabwe who sacrificed everything to free this country,” he said. Tsvangirai took a swipe at minister of Youth Development, Indigenisation and Empowerment Saviour Kasukuwere’s insistence that government had taken over mines and foreign-owned companies.

“We have disagreed in this government because there are others who want to perpetuate the old culture of expropriation, looting and self-aggrandisement clad in new and misleading nomenclature such as indigenisation.”

“It is such wild political jingoism that stands in the way of investment promotion and job creation for the people,” he said, adding that the matter had caused standoff in this week’s Cabinet meeting. MDC spokesperson Douglas Mwonzora said Kasukuwere and Zanu PF were trying to impose their misinterpretation of the indigenisation law on business.

“Kasukuwere does not understand the law because what he is doing is not what the law says. He is confusing the land invasions with indigenisation. What he is doing is public theft of private property. His project is doomed as it will scare away investors and take the country backward,” said Mwonzora. Daily News