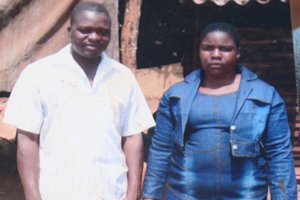 SHAMVA- The police crackdown that left a man dead in Shamva was sparked by an illegal gold deal involving the wife of the officer-in-charge of Shamva Police Station. This is contrary to earlier reports that hell broke loose after the woman had lost her wallet to thieves.

Police sources close to the investigations said Inspector Shumba’s wife bought 30 grammes of fake gold, prompting the police to descend on Ashley Mill Compound last Saturday in search of the culprits. Luxmore Chivambu died while seven other people were injured.

The officer-in-charge and seven other policemen have been arrested in connection with the death of Chivambu. They have since been transferred to Harare Central Police Station. The sources, however, would not shed more light fearing to jeopardise investigations.

The matter is now being handled by the Harare CID Homicide Section. Detectives from the CID Minerals Unit have since been deployed to the area. A senior official at the mill yesterday said he was not aware Insp Shumba’s wife had bought fake gold.

“I am yet to find out since I am not aware of these new developments,” he said. But some residents alleged that Chivambu was severely assaulted since he was employed at the mill as a barrel operator at Canterbury Mine and was the one who would identify the gold ore.

The policemen, believed to have been armed, forcibly opened the door and took Chivambu who was naked outside. They reportedly took turns to assault him while lying on the ground before they took beer, which was in the refrigerator. Ms Shamu said she was also beaten up before she fled fearing for her life.

At around midday, Chivambu was taken to the hospital where he later died. A neighbour, Mrs Matare Simukusana, who was also assaulted, said she heard noise at Chivambu’s house and went out to investigate. The Herald