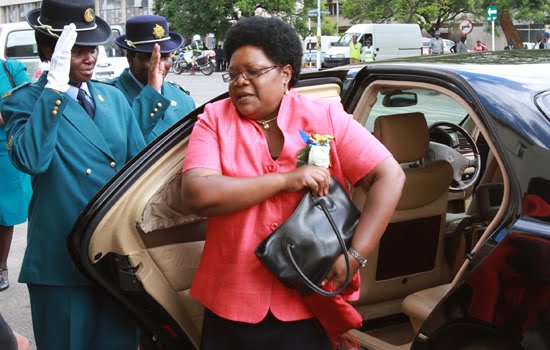 BEITBRIDGE- The family of the late army commander General Solomon Mujuru and business associates have been locked in a fierce battle with the Dubai-based Rani Investment for the control of the hotly-contested River Ranch diamond mine in Beitbridge.

The fight for the money-spinning asset took a dramatic twist last week when Rani Investment, headed by the Saudi-based tycoon Adel Abdul Rahman al Aujan, said it was now negotiating with government for the sale of its stake in the mine.

Rani Investment is the majority shareholder in Limpopo Resources, a company that owns 80% of River Ranch diamond mine in which the Mujuru family holds a 20% stake.

General Mujuru, a Zanu PF politburo member and liberation struggle hero, died last August in a mysterious blaze at his Beatrice farmhouse, 60 km south of the capital Harare, sparking national outrage which forced an inquest into the incident.

Documents of an indigenisation plan done before Mujuru’s death, seen by the Zimbabwe Independent this week, show there was a serious running feud between him and Aujan over the indigenisation of the mine.

The documents also reveal an important detail about a clash between Mujuru and Aujan in Victoria Falls in May last year over the mine. Since that day when Mujuru and Aujan, initially close friends, quarrelled, the conflict continued until the general’s death.

To add to the mystery, Mujuru died the night before he was due to travel to Beitbridge with Indigenisation minister Saviour Kasukuwere to present an indigenisation plan for River Ranch. mine, which included a 45% shareholding for Khuphukile Resources, whose directors are former Zanu PF legislator Tirivanhu Mudariki and his daughter, Nyasha Mujuru del Campo, who has now replaced him.

Kasukuwere had met Mujuru two days before his death at Harare Sports Club where they had discussed the River Ranch issue. Mujuru, who had vast business interests across different sectors of the economy and also a stake in the much-coveted Zimplats, wanted to go to Beitbridge to sort out the issue once and for all but it was never to be.

According to the indigenisation plan, Rani Investment was to remain with a 39% shareholding, while 10% would have gone to the community trust and 6% to the mine workers.

In a letter to Kasukuwere dated October 18 2011 and copied to Vice-President Joice Mujuru, the general’s wife, and Aujan, Mujuru’s daughter Nyasha says: “On August 15, the late General Mujuru intended to travel to Beitbridge to have a meeting with you with a view to concluding the River Ranch diamond mine indigenisation plan.

“The proposed plan was as follows; Khuphukile Resources 45%, Rani International 39%, community trust 10% and workers’ trust 6%. To honour and fulfill the wishes of the departed general, the above proposal is hereby submitted for your approval to you honourable minister, where 61% of the shareholding will be held by indigenous Zimbabweans.”

However, Aujan rejected the plan. The Mujuru family and Mudariki have been pushing for changes in the ownership structure in line with the indigenisation policy, which Rani International has been resisting.

Kasukuwere had initiated the plan after writing to Rani International on September 2 2010 telling the company to re-submit its provisional indigenisation implementation plan. Rani Investment refused to comply.

Kasukuwere, seen as ally of Mujuru, did not relent. “After having appraised your IDG01 form and your proposed provisional indigenisation implementation plan, I observed that in your plan you intend to list on the Zimbabwe stock Exchange so as to comply with the 51% indigenous shareholding requirement,” he wrote back.

“Please note that listing on the Zimbabwe Stock Exchange does not guarantee compliance with the Indigenisation and Economic Empowerment Act (Chapter14.33) because the shares can be bought by non-indigenous Zimbabweans.”

In the IDG01 document, a form of notification of the extent of indigenisation, Rani Investment former Group CEO Kamel Abdallah indicated that the estimated value of the business by assets as at April 15 2010 was US$5 million.

In a letter attached to the form, Abdallah says: “We believe we are in compliance with the Indigenisation Act, given that we are a specialised sector (mining) and given our previous and current community development efforts within our mining area.”

He continued: “We have also contributed immensely in technological and skills transfer to Zimbabwe as well as employing local people. The mine currently employs local people in these key operational areas — chief executive officer, chief finance officer and security to mention but just a few.”

In another letter dated November 30 2011 to the new Group CEO Salim Bitar, Kasukuwere once again pressured Rani Investment to comply with indigenisation.

“I hereby advise you that the indigenisation implementation plan of River Ranch shall of necessity be guided by the laws of the country. In this case, the Indigenisation and Economic Empowerment (General) Regulations 2010, as amended and General Notice 114 of 2011, prescribe the framework within which mining busineses shall meet the 51% indigenization requirement,” Kasukuwere says.

“It is regrettable that you seem to have ignored the contents of this letter and are urging me to operate outside the parameters of the law. I hereby request that you submit a final indigenization implementation plan guided by the legal requirements obtaining in Zimbabwe within 14 days from the date of receipt of this letter otherwise I will be left with no option but to invoke relevant penalties.”

Aujan and his son had earlier met with Mudariki and Nyasha in October last year where he indicated that he would sell all his shares if he loses his majority shareholding. Nyasha then wrote to Aujan informing him that her family and friends were in a position to fully fund the purchase of the shares.

In another letter to Aujan, dated 30 January 2012, Mudariki says: “Your offer to sell the two companies to us is accepted, Mr. Aujan did say when the matter was discussed, that he would like the sale to be concluded by 31 December 2011. However, it was not possible.

“We have not had sight of the audited accounts for 2010 nor have we ever seen any management reports or production reports from the mine. We are prepared to pay an agreed price for the shares based on the fair value of the mine. In order to ascertain what is a fair value, we need to be given facts and figures about production from the mine over the last few years.”

Mudariki in the process warned Aujan not to move all files and documentation relating to River Ranch to the mine.

“We need those files in Harare, as we do not want them to disappear. Adel, taking cognisance of the fact that in Victoria Falls last year you parted with the General on a bad note and indeed a lot of senior officials in both the party and government are aware of this…do not rub salt on to the wounds of the Mujuru family in their time of mourning,” he says.

“If we cannot agree with you on a price, we will appoint a suitably qualified evaluator agreed with you and will pay 80% of what he decides is a proper value.”

However, Aujan through his lawyers Sawyer & Mkushi, in a letter dated February 3 2012 states he was now looking for other buyers of his 80% shareholding at a nominal price, provided the purchaser buys the majority shareholder’s loan account then standing at about US$16 million.

“The position now is that our client is looking for other buyers…Purely without prejudice however, should you make an acceptable offer before our client sells, then your offer will be considered. In the meantime, please desist from acting as if you are in control of and are running Limpopo. At law the majority shareholder is in control,” he says. Zimbabwe Independent

Minister of state involved in violence and murder