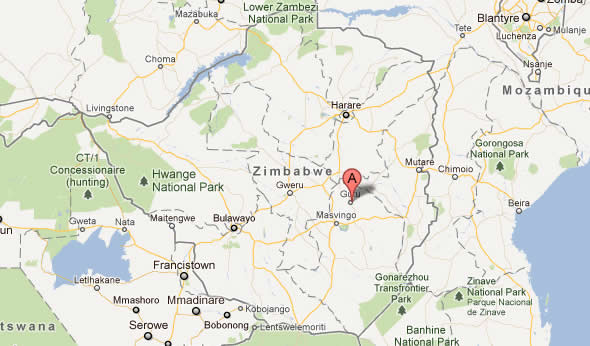 GUTU- Two mentally challenged siblings last week went on a rampage in Gutu, allegedly strangling their mother before stabbing their sister, dragging her into a fire and leaving her unconscious with severe burns all over the body.

The tragic incident occurred in Mabhungu Village under Chief Nyamandi. Police confirmed the incident yesterday. It is understood that the two, Clever Mabhungu and his sister Loveness (23), have a history of mental illness.

On the fateful day the family was relaxing after supper when the two are said to have suddenly grabbed their mother, Ms Marjory Mapiye, and strangled her with bare hands. Although the mother put up a spirited fight, the two allegedly subdued her and only let go after she became motionless.

They then attacked Loveness’s twin, Sunungurai, whom they stabbed with a knife and tossed into a fire in the kitchen. The siblings are believed to have then retired to bed, leaving their mother’s body on the veranda while Sunungurai remained unconscious.

‘Sex-workers should be able to retire at 40’

A visitor reported the incident to the police after walking into the horrific scene. Masvingo police spokesman Inspector Tinaye Matake said Clever and Loveness acted in common purpose. The two have been arrested while Sunungurai is recuperating at Gutu Mission Hospital.

Man robbed of car while being intimate

‘Sex-workers should be able to retire at 40’

Bosso appeal for funds from diaspora supporters to buy…