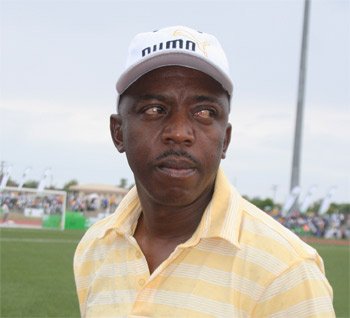 Interim Warriors coach Rahman “Rush” Gumbo last night performed a delicate balancing act as he named an untainted 24-man squad that will do battle in this month’s 2013 African Cup of Nations qualifier away to Burundi.

Zimbabwe kick-start their bid for a third Afcon appearance away in Bujumbura on February 29 and, with 82 senior national team players suspended due to their links to the ever unfolding Asiagate match-fixing scandal, Gumbo and his assistant David “Yogi” Mandigora had a narrow base to choose from.

And after several hours of brainstorming the experienced pair settled for a squad which is a mixture of experience and youth they believe will hold its own against an ultra-confident Burundi outfit.

Knowledge Musona named in Saudi Pro League team of the…

Veteran Mamelodi Sundowns midfield workhorse Esrom Nyandoro, who had fallen out of favour with Norman Mapeza, returns to the fold alongside the European-based pair of striker Musa Mguni and the towering Dickson Choto.

Plymouth Argyle utility man Onismor Bhasera, who has fully recovered from a knee injury and is once again being linked to a big-money move into the Barclays English Premiership, also got the call-up he has been yearning for.

There will be some continuity from the Mapeza era with the inclusion of Tinashe Nengomasha, Quincy Antipas, Vusa Nyoni, Archford Gutu and Denver Mukamba in a team that is expected to troop into camp in a week’s time.

Warriors number one goalkeeper Tapiwa Kapini is still part of the mix but will this time have to compete with veteran Motor Action goalkeeper Marlon Jani and Dynamos’ rookie gloveman George Chigova for the right to guard the nation’s goal.

There is also a place for Kaizer Chiefs new boy Abbas Amidu while TSG Hoffeinheim Knowledge Musona is easily the pick of the crop among a strikers’ cartel that also features Mguni, Terrence Mandaza, Rodrick Mutuma and the FC Platinum pair of Charles Sibanda and Donald Ngoma.

However, a country-versus-club row could be simmering over the availability of Musona, with his German outfit said to have hinted to former team manager Shariff Mussa of their desire to release the striker after their assignment during the weekend of February 24-26.

Fifa rules stipulate that players be released at least five days before an international tie. “It’s a matter that is yet to be officially communicated to us,” said Warriors team manager Nyika Chifamba on a situation that could jeopardise the team’s preparations for the tie.

The former Dynamos team manager was late last night still stuck at Zifa House dispatching the relevant correspondence to the foreign clubs where the majority of players called by Gumbo are domiciled.

“Our brief from Zifa is to make sure that everything is done above board and professionally and now that the squad has been announced we are now seized with making sure that we get the release of our players on time,” said Chifamba.

“Rush and Yogi are not under any illusions as to the importance of the game away to Burundi and the team we have released is a product of extensive consultations.

“With the majority of the regular players suspended, the coaches had to use their vast knowledge of Zimbabwean and regional football to pluck some talented players who have hitherto not had a crack at the national team.”