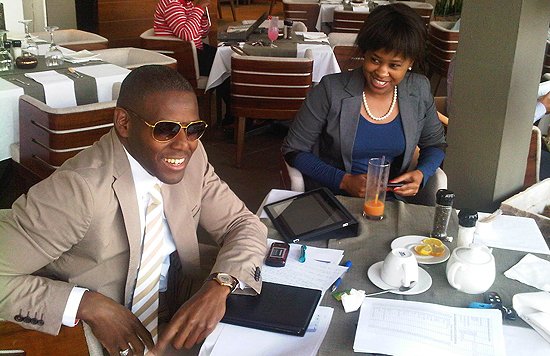 Zimbabwean police have issued an international warrant of arrest for flamboyant businessman Frank Buyanga, who reportedly fled the country last year after swindling people of more than US$4 million.

Buyanga was known for his extravagant lifestlye, often flaunting a collection of some of the world’s most expensive vehicles.

According to the police, Buyanga, who fled the country at the end of last year, was using an alias and was previously believed to be holed up in South Africa, but latest revelations were that he may be in Kenya. Police said they had since communicated with Interpol and forwarded a copy of his fingerprints.

Buyanga is said to have swindled over 500 property owners in Zimbabwe, among them politicians, musicians and businesspeople, through his money-lending company, Hamilton Finance.

It is believed that Buyanga would lend people varying amounts, ranging from US$2 000 to US$60 000, on condition that they surrendered title deeds to their properties and as well as other sureties, including vehicles.

The recipients were made to sign agreements of sale documents giving his company powers of attorney and an eviction notice which were to be used in the event that they failed to settle their debts.

The lending rate was 10 percent of the total borrowed money and, on default, Buyanga would allegedly charge 1 percent penalty on the accumulated figure on a daily basis. He, however, sold most of the properties and vehicles while the owners were still servicing their debts.

It is alleged that of the victims, 16 had surrendered title deeds of their houses which were valued at over US$3 675 000. The police have since written to the Attorney- General’s Office asking them to extradite Buyanga back to Zimbabwe to face trial for his alleged offences.

They are also awaiting a green light from the Ministry of Foreign Affairs to allow them to physically track down the suspect. Police sources yesterday said Buyanga was also wanted by the British police for failing to appear before that country’s court on charges of conspiracy to commit fraud in 2010.

“Our latest information is that Buyanga is now using another name and is in Kenya. We are told that he has left South Africa and once we get authority from the Foreign Affairs Ministry this week, we will hunt him down and bring him back home to answer his cases.

“We have also established that he has new identity documents. While in the United Kingdom, he was known as Tawanda,” said Assistant Inspector Tom Muleya of the Police Serious Frauds Section.

The police said they were monitoring Buyanga’s movements and had also discovered that he had acquired several Zimbabwean birth certificates and passports.

Mugabe wilts under pressure from Tsvangirai