Sikhala to embark on 66 day hunger strike over Mugabe 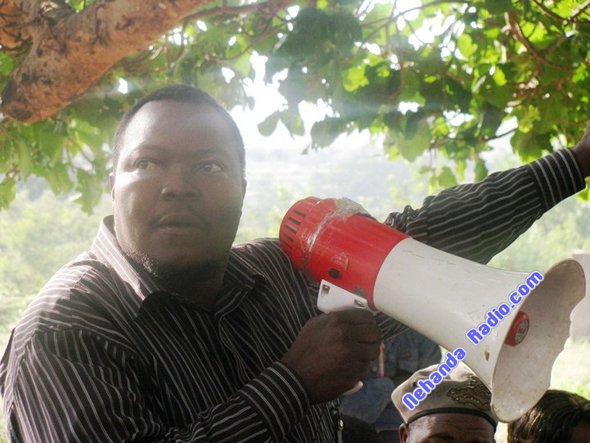 The president of the breakaway MDC-99 political party Job Sikhala has told SW Radio Africa that he and 70 members of his party leadership will go on a 66-day hunger strike at the Africa Unity Square in Harare, “until Mugabe is gone.”

Speaking on the Question Time programme on Wednesday Sikhala said the hunger strike will start in early March at a date to be announced. Quizzed about the significance of 66 days, he said “in terms of scientific study, it is said a person can survive 66 days without food. So we intend to stretch ourselves to the limit.”

The controversial former MDC MP for St Mary’s conceded “we will be drinking water obviously” but on the whole “we will not talk to anybody, we will not be holding any stones or any axes. We are going to engage in peaceful means. If it fails and the dictator continues, we will go into overdrive,” he said.

Asked what he meant by ‘overdrive’ Sikhala said they would hold demonstrations to show that “we are tired of the dictator. Any call to elections in our country is a call to a blood bath. Mugabe has never appreciated elections as a contestation of ideas but about how many people you can kill in order to govern.”

Sikhala said over 20 000 people died during the Gukurahundi Massacres in the 80’s, and during the 90’s to the present day many other opposition activists including “6000 from the MDC family” have lost their lives.

“We are no longer interested in seeing Mugabe as a contestant in our elections. He has to be overthrown before we hold any elections,” Sikhala said. He said they had already mobilised a lot of ‘stakeholders’ who will be taking notice of the protest.

Justice Minister believes Sikhala and others deserve jail without trial

Over 50 000 Zimbos sign petition demanding release of Sikhala, others

‘We are being persecuted for loving our country to the core’ –…