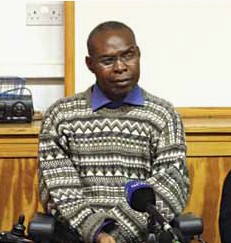 HARARE (Reuters) – Zimbabwe will bar all unregistered foreign newspapers, its media commission said on Friday, in what could be the start of a crackdown on outlets critical of President Robert Mugabe ahead of a possible election this year.

The commission said some foreign newspapers had failed to comply with a 2010 directive to register with the authorities and would be barred from circulation. The unregistered newspapers are published outside of the country and distributed in Zimbabwe without a licence.

“The ZMC (Zimbabwe Media Commission) has therefore resolved to appeal to the relevant law-enforcement authorities to bar affected papers from entrance into and circulation within Zimbabwe until they comply with Zimbabwe’s laws,” the ZMC said in a statement.

The move appears to be aimed at The Zimbabwean, a newspaper produced by exiles, and the Zimbabwe edition of South Africa’s Sunday Times. Both frequently run stories critical of Mugabe and his ZANU-PF party.

Susan Smuts, editor of the Sunday Times Zimbabwe edition which is printed in Johannesburg and trucked up to Harare, said the paper was not registered. “We don’t have an office there and when we looked at the forms to register, we didn’t think it applied to us,” she said.

The Johannesburg-based Mail and Guardian weekly, another vocal critic of Mugabe, said distribution of its Friday edition had not been affected by the ZMC’s edict. The paper does not have a bureau in Harare. “We are compliant with all laws in Zimbabwe,” said the newspaper’s editor Nic Dawes.

The Media Institute of Southern Africa, an advocacy group, criticised the move, saying it was “a throw-back to an era when the government sought to stifle freedom of expression through unnecessary policing of the media”.

Zimbabwe’s unity government, set up by Mugabe and Prime Minister Morgan Tsvangirai three years ago after disputed elections, revamped the media commission and made fresh appointments nominated by parliament.

The reconstituted commission has licensed several private newspapers, including three dailies that ended the dominance of state-controlled newspapers. However, an information law the previous commission had used to close down several newspapers remains in force.

Mugabe says elections should be held this year to terminate the coalition government, and analysts say a pre-emptive media crackdown is likely.

Michael, when clueless, just ‘Sata’ up