Zimbabwe has 29 vacant seats in Parliament 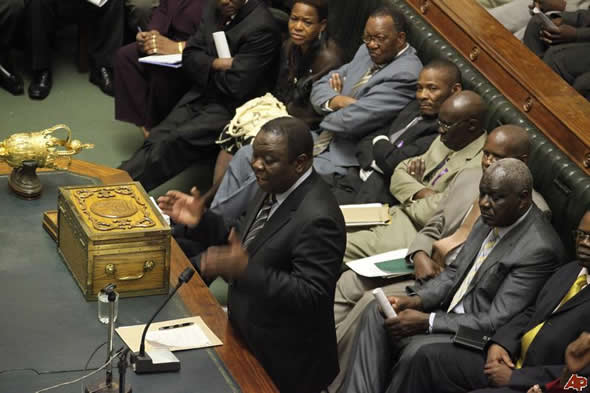 HARARE- Some 29 parliamentary seats now stand vacant since the formation of the coalition government although a 12-month moratorium on by-elections expired in September 2009. Assistant Clerk of Parliament Johane Gandiwa said the seats fell vacant after the incumbents died, were elevated or expelled from the House of Assembly.

Zanu-PF now has 91 (from 99) House of Assembly representatives.

In total, 21 legislators have died and of these 12 belonged to Zanu PF, seven were MDC-T representatives and two were chiefs. The deaths occurred between December 2008 and January 2012.

The Zimbabwe Election Support Network has said in its Ballot update that it was concerned by the fact that some constituencies are not able to participate in national governance through parliamentary representation.

The bulletin said it was high time the Government found a solution to ensure that all Zimbabweans are represented. In 2009, the Zimbabwe Electoral Commission said it was broke and could not afford to conduct elections. ZEC is gearing for presidential and general elections expected this year and they require US$200 million.