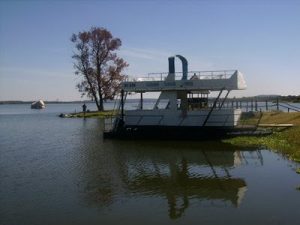 “We have just finished retrieving all the 11 bodies,” Andrew Phiri, Zimbabwe police spokesman told CNN. “The boat capsized after it was hit by a wave as these people were enjoying the Christmas Day.”

Phiri said eight people including three crew members managed to swim to the shores of the crocodile infested Lake Chivero about 20 km (12.4 miles) southwest of Harare and alerted authorities about the incident.

“The police sub-aqua unit immediately started the rescue mission, but we only finished retrieving the bodies this morning since the boat capsized when it was dark,” he added.

Meanwhile, Phiri said, a game ranger at the same lake drowned on Saturday night after a boat he was in capsized. The identities of the dead and further details about the incident were not disclosed.

“The two incidents are unrelated, only that waves are the common cause of the incidents,” Phiri added. Lake Chivero is now one of the favorite spots for tourists in Zimbabwe as the country’s tourism has started recovering over the past two years.