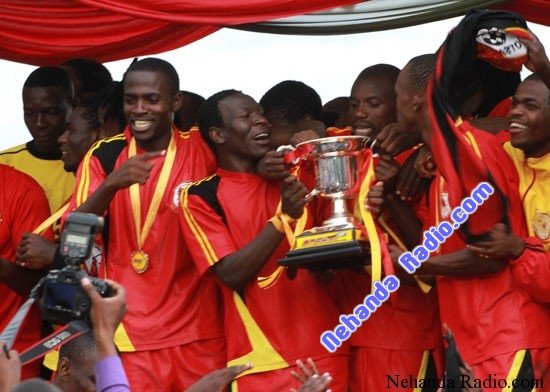 HARARE- Motor Action Football Club have written to the Zimbabwe Football Association contesting the selection of the 2011 Castle Coach of the Year Award that was won by Hwange coach -Tennant Chilumba.

The 2010 Zimbabwe champions are arguing that the selection which was done by a panel comprising of sports writers and seven present Premier Soccer League club coaches erred in selecting Chilumba and should have awarded the prize to the Mighty Bulls coach Joey Antipas.

The letter written by the club’s Chief of Protocol Simioni Jamanda to Zifa Chief Executive Officer Jonathan Mashingaidze says Antipas was the best coach in the league after taking the Mighty Bulls to two cup finals and finished third in the league title race while Chilumba only managed to take Hwange to fourth place in the 20 team Castle Lager league race.

Motor Action won the Banc ABC Sup8r Cup after beating Highlanders in the final at Babourfields Stadium. They also reached the final of the Mbada Diamonds Cup before losing 1-0 to Dynamos. They were third behind Dynamos and FC Platinum in the Castle Lager League race while Hwange were a rung behind.

On that premise, Jamanda says the award should have gone to Antipas who also won the Coach of the Year Award in 2010 after guiding Motor Action to the league title beating Dynamos on  goal difference on the last day of play.

Jamanda claims the panelists are voting for their favourite coaches not the most successful likening the selection as to the voting for Members of Parliament.

For winning the Castle Coach of the Year Award, Chilumba took home $3 500, and chances are that the decision to award him he prize  cannot be reversed though there are also  chances that Motor Action’s grievance can still be looked at.

The issue of the selection of the coach of the year and the soccer stars of the year has been a thorny issue for years and questions have also been raised on how Highlanders who finished fifth on the league table could have two players on the soccer star of the year calendar.

The Highlanders duo, Rahman Kutsanzira and Graham Ncube, had the same number as the teams that finished first and second on the league title race, Dynamos and FC Platinum while third placed Motor Action and fourth placed Hwange had one player each.

A few years back a well wisher had to offer Dynamos’ Vitalis Takawira more than the prize money accorded to the soccer star of the year after the Dynamos striker was controversially disqualified from the award.

It was later on revealed that two sports reporters had sought a bribe from the player to make him eligible. After he failed to pay, it was revealed that they were very influential in his disqualification. Radio VOP