Zimbabwe Vigil should consider their position 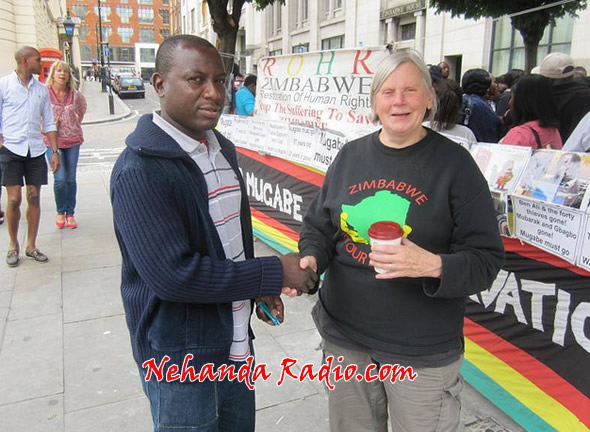 Morgan Tsvangirai should ‘consider his position’ screamed one of the dull, uninspiring weekly vomits that pass for a diary from the Zimbabwe Vigil. The London based group in simple terms is asking a 59 year old bachelor to step down because he got a 39 year old woman pregnant and refused to marry her. What shallow brains?

The Zimbabwe Vigil started off some 10 years ago when MDC-T Treasurer General Roy Bennett and human rights activist Tony Reeler suggested to members of the regular Zimbabwe Forum, that they have a vigil along the lines of the anti-apartheid vigil. For years the Vigil has scored many successes.

Unfortunately like all good things, corruption and greed can easily set in and destroy something which a lot of people helped to build. The Vigil instead of becoming a group based on the collective has become one based on two individuals. If you live in a glass house, don’t throw stones, the saying goes.

In asking Tsvangirai to ‘consider his position’ the ZimVigil are throwing stones, when they are yet to fully explain accusations they take advantage of desperate asylum seekers in the UK and their sister organisation Restoration of Human Rights in Zimbabwe (ROHR) were doing the same.

“We do not have membership fees. We do not make any charge to committed supporters of the Vigil for letters. To people who have come less than 10 times but more than 5 (out of 350!) there is a fee of £10 to cover administration expenses for a detailed letter. To those who have come less than 6 times we are reluctant to say they are supporters but will write a one-line letter confirming they have attended. We charge £20 to discourage this.”

You do not need to be very educated to spot the contradiction in her statement. She claims they do not have membership fees and do not charge committed members of the Vigil for letters; however she admits the not so committed pay from £10 to £20 for the letters.  What sort of excuse is this? That they charge people to discourage them from asking for letters?

In July this year ROHR boss Ephraim Tapa, a key ally of Benton in the Zim Vigil, was sacked by his organisation’s board following accusations that £26 000 was remitted to his personal account on various dates but never forwarded to Zimbabwe, the intended destination. The board also demanded £8000 from Tapa which it said he for “educational expenses unconstitutionally without the approval.

The ROHR Zimbabwe Board of Trustees also distanced themselves from the ‘Yes we can movement’ formed by Tapa with active support from Benton. So it is clear Tapa and Benton are behind the ‘Yes We Can Movement’ and the call by the Zim Vigil coordinator Benton for Tsvangirai to ‘consider his position’ appears opportunistic. Talk about a storm in a tea cup.

In conclusion I would like to challenge both Tapa and Benton to address the genuine questions being posed by exiled Zimbabweans before the two of them can begin questioning Tsvangirai. The PM just got a woman pregnant, the Zim Vigil and ROHR on the other hand are accused of much more serious issues.