Prime Minister Morgan Tsvangirai on Saturday revealed that President Robert Mugabe had confided in him in the aftermath of the WikiLeaks cables that revealed that Zanu PF members were revealing party secrets to US embassy officials. 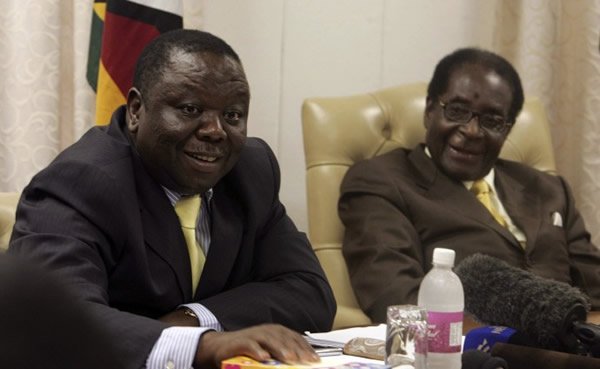 Addressing the party’s 12th anniversary celebrations at Gwanzura Stadium, Tsvangirai said Mugabe had come to him stunned by the revelations made in cables released by the whistleblower website more than a week ago.

“Who could have thought we could sit with Zanu PF and Mugabe?” Tsvangirai asked. “Now Mugabe comes to me saying, look our people are running to the Americans.” The cables revealed shocking details of the power struggle within Zanu PF and how party members had clandestinely met with US embassy officials.

The cables allege that Vice- President Joice Mujuru, her late husband Solomon and central bank governor, Gideon Gono were the principal high-ranking government officials to confide in the US envoys. “Jonathan Moyo said we were sell outs and should be arrested, now who has sold out the most?” the premier asked.

On the inclusive government, Tsvangirai said it was a cross that had to be borne. “It was a painful compromise, which used the wrong formula, where the loser assumes power through the backdoor,” he said. The MDC-T leader said the inclusive government was necessary, giving an allegory of an old man who dies: “you do not just rush to bury him, rather the burial rites take a while”.

He said he was ready for elections, but his party wanted polls that had the green light of Sadc, African Union and the United Nations. “How can I be afraid of elections when I won the last one, we can have an election anytime but with set benchmarks like constitution, a referendum and a legitimate delimitation exercise,” Tsvangirai told party members filled in Gwanzura Stadium.

The premier said the country was saddled with conflict of policy, where Mugabe says one thing today and ministers from his party did another, giving an example of the indigenisation policy. Mugabe recently said foreign investments were safe in the country, yet Indigenisation minister, Kasukuwere threatened to shut Zimplats for failure to comply with indigenisation laws.

Tsvangirai said he wanted to reassure security chiefs that even if the MDC-T were to assume leadership, they would not be victimised, but rather would be integrated into the new system. Zimbabwe Standard

Who to look out for at Miss Zim Diamond UK