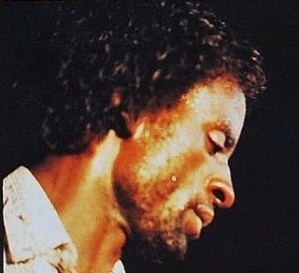 Before his death on August 4, 1999, John Chibadura wrote the song, “Zuva Rekufa Kwangu”. Everyone on this earth is assured of dying some day, but I remember asking John, when he penned that song in reggae, a genre which was different from his usual sungura beat: “Why are you predicting your own death? Are you about to die?”

I was the first DJ to play that song on Radio 3’s reggae session one Thursday night and the whole nation went into a frenzy. The paroxysm of Chibadura-mania began then as I continued to receive non-stop requests for the song.

John Nyamukokoko “Chibadura” was born in 1957 in Guruve, Zimbabwe. His father and mother were itinerant farm labourers from Mozambique. In 1962, at the tender age of five, John lost his mother and his father remarried a woman who was tough on John. Because he had a hard time with his stepmother, John was eventually forced to go to Centenary to live on a farm with his grandfather who was a talented mbira player.

Unfortunately, his grandfather also died three years later. From then on, John continued to live a nomadic life when he was passed from one relative to another. In 1968, while in Centenary on a farm, he started to learn playing the banjo. The following year, there was a serious drought in Zimbabwe, and John, in search of further education and survival, walked from Centenary to Darwendale where he settled at a farm called Wagon Wheels.

He worked at the farm as a tractor-driver and lorry driver while attending school. He quit school after Form 3. It took John another 10 years before he made the move that was designed to realise the dream of becoming the cherished musician he became. He moved to Chitungwiza where he was soon to become popularly known as “Mr Chitungwiza”, after the name of the town. Through his music, John soon became a household name.

John toured the United Kingdom and the Netherlands in the early 1990s. He also toured Mozambique where he was so popular that he only played in stadiums where his audiences at some point exceeded 40 000. In Mozambique he was often met by President Joaquim Chissano. Though most of his life was spent in Zimbabwe, Mozambique regarded him as a long-lost son and when in the country he would be ferried to concerts by the presidential helicopter.

Chibadura was a nickname meaning roughly “the man who can do”, or “the man who is the best and can beat all odds”.

Despite this apparent success, John died without a penny to his name but his legacy lives on as today’s musicians are riding high on Chibadura’s coat-tails. One such artiste is popular dancehall artiste King Shaddy of “Letter to Amai Huni” fame, who is said to be currently on tour with Stunner in the United Kingdom. King Shaddy has done a dancehall tribute to John Chibadura in the latter artiste’s song, “Zuva Rekufa Kwangu”, a tune which Power FM’s DJ Chilli, a.k.a. Hazvinei Sakarombe, finds difficult to resist.

King Shaddy also said that he intends to have a show in Chitungwiza with other artistes in memory of the late “Mr Chitungwiza” as the late Chibadura was known. All proceeds from the show and royalties from the tracks will go towards the Chibadura family.

Another artiste who seems to have also predicted his own death was James “Bindura” Chimombe, who sang, “Siya Waoneka”. Chimombe died on October 23, 1990 at the age of 39. Rumours of his imminent death had begun to spread as early as January 1990 and James Chimombe would often go on radio to announce that he was still alive. He would always say: “Handiende ndisina kuoneka.

Kwandinoenda husiku” (I am not going anywhere without saying goodbye to you because where I am going is filled with darkness’). As if he knew he was going, in October, the same year, he passed on.

James Chimombe was one of Zimbabwe’s leading musicians who influenced a lot of young artistes. He is regarded as one of the post-Independence revolutionaries in the music business as he, together with Thomas Mapfumo, Jonah Sithole, Picket Chiyangwa, Tinei Chikupo and a number of others were responsible for transforming Zimbabwean music from what it was in the colonial era to what it is today.

James was born in 1951 in Chivhu, although he spent most of his youth in Harare. He attended school in Highfield and this is where he first learned to play the guitar. Among the various bands he performed with were the Pop Settlers, the Acid Band, the Ocean City Band, Huchi Band and the OK Success.

He had a long stint playing in nightclubs with the latter band and was contracted to perform at Mushandira Pamwe Hotel in Highfield for nearly three years before he decided to form his own band. He also spent a considerable amount of time playing with the Real Sounds of Africa band since his music was at first inclined towards rhumba. His first hit which was only released in 1982 was entitled “Chigwaya”.

James’ talent was first discovered when he wrote “George Mudiwa” for the OK Success Band in the 1970s but credit for this was given to the whole band rather than the individual.

In 1983 with a number of major hits behind him James joined an already existing band, The Ocean City Band, as lead vocalist and guitarist. This marriage proved to be the peak of James’ career as most of his well-known hits today such as “Cecilia”, “Siya Waoneka”, “Mavanga” and “Jikinya” were recorded with this group. The biggest hit was entitled “Bindura” and James earned his nickname from the title of that song.

In 1988, James left the Ocean City Band and formed Huchi Band with whom he recorded two albums. Apart from being a professional musician James also spent time teaching youngsters to play music through the ethnomusicology programme of the Zimbabwe College of Music in Harare.

It is encouraging to see today’s artistes doing cover versions of yesteryear’s artistes’ songs. I am yet to hear a cover version of “Siya Waoneka” which pays tribute to James Chimombe. I also look forward to hearing more renditions of the songs from the two superstars, JOHN and JAMES, who both seemed to have predicted their own deaths through song.

Fred Zindi is a professor at the University of Zimbabwe. He is also a musician and an author of several books on music. He can be contacted via e-mail on [email protected]