Has Zimbabwe Diaspora been neglected? 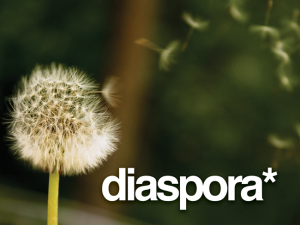 This article is not an attempt for me to make friends or enemies. Rather it is an opportunity to revive the debate that has had numerous starts and stops in the past without any tangible conclusion. Arguably, the Zimbabwe Diaspora is a critical but neglected link of the national puzzle as we move towards the new dispensation.

Unfortunately, not everyone across the political divide believes that indeed, the Zimbabwe Diaspora shall forever be a permanent and critical aspect of our nation. In the past, going into the Diaspora was more of a temporary relief than permanent migration. Most people moved for reasons such as education, political asylum and economic advancement. The idea then was that once an education had been obtained, the political situation back home normalised and our economy started ticking again, the Diaspora would start repatriating en masse.

Over the years, particularly in the last ten, the reality on the ground has shifted to the extent that there shall always be Zimbabweans in the Diaspora even if our country were to be miraculously turned into some replica of Switzerland. Many will remember that when Nigerians started leaving their country in large numbers for foreign lands, the majority thought that once civilian rule returned to the North African nation, they would then pack their bags and return. Today, with a fairly stable political and economic environment under civilian rule, why is it that Nigerians continue to relocate to other countries, some of them with very little resources compared to Nigeria?

China, with its booming economy and vast tracks of land, continues to pour citizens across the globe, some moving to tiny countries with insignificant economies. The U.K and Japan (forget about the tsunami disaster which only happened yesterday) are among top countries with mobile citizens. The question to ask is, why do these people leave their countries and when shall they return?

Disappointing Cabinet – Where Mnangagwa is leading us is…

One of the answers may be that this is now more of personal choice than anything; a product of globalisation which has afforded global citizens an opportunity to exercise their freedom of movement. Human beings now move from pastures to pastures at will, some choosing to return to their homelands while others continue to be perpetual visitors. Nevertheless, this cannot be used as an excuse to despise these people as second-class citizens.

There are several countries in the world today whose economies are very much dependent on the Diaspora. Philippines, Jamaica, Lebanon and Ghana are among them. New Zealand has nearly half a million of its citizens permanently resident in Australia alone who still enjoy being an integral part of their nation.

Unfortunately, the Zimbabwe Diaspora has been treated with contempt or at least with very little respect by some across the political divide. This group has been stereotyped as the unemployable, those who live from hand to mouth, cowards or sell-outs. I will come to this later. Does it then come as a surprise that more than two years after formation of the inclusive government which is now slowly but surely winding up business, nobody has come up with a viable policy or strategy on the Diaspora?

The only time the Zimbabwe Diaspora remotely comes to mind is when issues of dual citizenship and postal vote become topical. Often, this comes as a product of political expediency rather than genuine desire to positively engage the Diaspora. It is no longer a secret that one side of politics continues to view the Diaspora with suspicion and indignation. This side holds the perception that those who left Zimbabwe are against revolutionary policies, a bunch of sell-outs who ran to seek refuge in enemy territory.

Some on the other side compound the problem by regarding the Diaspora as a club of cowards who deserted the struggle for the new Zimbabwe, or opportunists who are busy developing themselves in comfort zones with the evil intention to return when the political storm is over and reap where they did not sow. Elsewhere, the Diaspora has been accused of trying to export Western democracy to Africa, as if there were variations of democracy. However, I must hasten to emphasize that not everybody subscribes to this retrogressive thinking but those who do, do so with a passion.

None of these unfortunate and extremist views is correct. They must be dismissed with utmost contempt. Such sentiments may be guided by arrogance, misinformation, ignorance, greed, opportunism, fear of competition or a combination of these and other factors. At a time when the majority of citizens had lost hope, the Diaspora stepped in and restored that hope by providing food to starving families, education to orphaned children, basic health care to old people, the list is endless.

Some even earned themselves the unofficial title of undertaker or Doves Morgans because none of their relatives, close or distant, could be buried decently without Diaspora benevolence. Ironically, at the same time, some unscrupulous economic players with unfettered access to the national purse survived on printing worthless paper which they handed over to recipients of Diaspora remittances and took off with hard currency. Many of these extortionists ended up living opulent lifestyles out of fleecing these remittances.

Nevertheless, the Diaspora did not give up, knowing very well that this was a passing phase and that they had a moral obligation to keep families alive. Other Diasporas even went further and made different kinds of direct and indirect political contribution, as a way of participating towards creating the new Zimbabwe.

The seemingly institutionalised marginalisation of a quarter of the population currently resident outside the country by choice or through circumstances beyond their control has come to a point where it now needs to be interrogated or challenged. Does anybody remember that in 2008, the total number of voters in the presidential polls were just about the same number as Zimbabweans in the Diaspora?

Is this a constituency that anybody who worries about the future could afford to ignore? The Diaspora may not be allowed to vote for now but this is just a tactical delay of the inevitable. Which party will have the courage to go and campaign across the globe when that day comes? What will be the enticing message to those who believe they are now regarded as second-class Zimbabweans?

While the Zimbabwe Diaspora may be physically separated from their homeland by oceans, rivers and national borders, the fact remains that they are very much on the ground in terms of their aspirations, hope and wishes. This demonstrates how much they love and feel for their country. They have resolutely remained attached to motherland in times of strife, hunger and disease.

Neglecting a potentially vibrant demography of three million people with nearly 100% employment rate, 100% literacy rate and largely of young to middle age whose majority are professionals in different critical fields, could be a myopic act tantamount to political suicide, naivety or both.

The writer Moses Chamboko can be reached on [email protected]