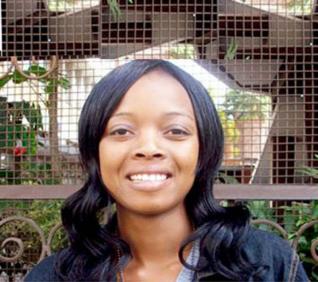 Gospel musicians – Olinda Marowa, Bethan Pasinawako and Kudzi Nyakudya were wounded after a kombi they were travelling in veered off the road 80km outside Chiredzi at the weekend. The singers were billed to perform at Yadhuma Gospel Concert in Chiredzi when a Toyota Hiace carrying 16 passengers including the singers and their backing groups veered off the road and landed on its roof.

“We suffered bruises and shock when the driver lost control of the kombi. If it wasn’t for the huge tree that saved us we could have plunged into a ditch,” Kudzi who was resting at his home said. The 24-year-old award winning gospel star said he and the rest of the singers had to hitch hike to ensure they reached Chiredzi town in time for the concert.

“We were so lucky that none of the band members was critically wounded and it was by consensus that we decided to continue with the journey,” he said.
Upon arrival, Kudzi said, the musicians were greeted with wild cheers by an estimated 2 500 strong crowd that had come to the concert. “It was really magical and we (musicians) had a great time on stage as if nothing had happened,” he said.

Kudzi burst on the scene with his chart topper “Jerusalem” while Bethan made it big with “Ndinzverei” and Olinda topped charts with “Ndinouya Baba”.
Both Olinda and Bethan were yesterday not available to comment at the time of going to print.

Madam Boss in the UK for Ebenezer gospel concert in…

Madam Boss in the UK for Ebenezer gospel concert in Leicester