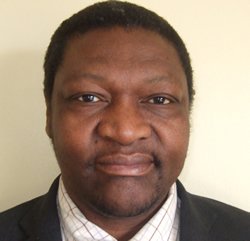 Targeted sanctions were slapped on Zanu PF’s inner cabal by the international community because of their intransigence. The rationale behind them is to limit their freedoms outside of Zimbabwe as a punitive measure that is meant to pressure them into changing their ways and making them considerate to the rest of the Zimbabwean population that is suffering at their hands.

They prohibit them from travelling to certain countries such as the EU, the US, Canada, Australia, New Zealand and other democratic countries. They also deny them access to their ill-gotten wealth stashed away in these and other countries and prevent them from making further progress in their in their illicit business ventures by outlawing the business activities of companies associated with them.

The Zanu PF behaviours that necessitated these measures, in a nutshell, include the blatant rigging of elections, the harassment and persecution of opposition parties, the utter disregard for the sanctity of life, the selective application of the law which favours Zanu PF members, and the misappropriation of national wealth and resources of immense proportions.

When the measures were announced Zanu PF scoffed at the idea, with Mugabe singling out Britain and crowing that there was nothing he wanted in ‘that freezing little country’. The party put a brave face on the whole affair and swore to proceed under the sanctions and defy their anticipated outcome by flourishing regardless.

When the government later went bankrupt it was compelled to enter the GNU agreement in order to use the MDC to attract foreign aid, but with the discovery of diamonds in Manicaland the MDC became irrelevant as Zanu PF felt the sale of the minerals would keep it afloat financially.

It mobilised famous people across the globe, especially SADC leaders, to make noises about the sanctions and demand their withdrawal. Tsvangirai was subjected to such a harrowing vilification for the sanctions that he was made to tour the world, begging for their removal.

The vehemence and pressure with which Mugabe sought the withdrawal of the punitive measures was such that even the president of Botswana, one of the fiercest critics of Mugabe’s catastrophic rule, buckled and began singing the anti-sanctions tune.

While the sanctions issue is raging, an important question to ask is why the Zanu PF leadership dismissed them as useless and ineffectual when they were first introduced. They declared unequivocally that the measures were a waste of time and they would not lose sleep over such a trivial matter, but then all of a sudden they are violently demanding the withdrawal of the trivial matter. It sounds like someone was not being honest in downplaying the effects of the sanctions.

The pursuit of the removal of the sanctions has of late reached new heights, with Zanu PF getting a brainwave about signing a petition. In Mugabe’s thirty-year reign countless petitions have been signed against him and, in an amusing reversal of roles, he has decided to be the source of the petition. The difference between the petitions we all know and this one is that in accordance with Mugabe’s order of things, people are compelled to sign it, failure of which they are brutalised. Everyone is required to sign it, including school children.

The signing of the petition continues despite the fact that the politics behind the move has been exposed. The vigilant independent press has uncovered the hidden hand of Zanu PF behind the feat, but that has done nothing to deter the desperate party from continuing with the futile exercise, wasting time and money on hiring busses to ferry people around in the process.

The international community, which is meant to be fooled by the petition and reverse the decision affecting the fortunes of Zanu PF’s inner coterie, has announced in no uncertain terms that it is aware of the extraordinary circumstances under which the activity is being carried out and will not be hoodwinked into letting the offending gang off the hook so imprudently.

People are being told that once sanctions are removed their lives will improve, when in actual fact it is the Zanu PF leaders’ bank accounts that will grow fatter. Zanu PF has never been known to vigorously pursue anything that genuinely benefits the people.

Although the Zanu PF leadership will not admit it, they have been dealt a powerful blow by the sanctions as they prevent them from accessing their ill-gotten wealth and make further expansion of their financial empires very difficult. They have been struck on a raw nerve because they have been denied what they want the most – accumulating astronomical amounts of money.

That explains their frenzied efforts to get the sanctions removed.