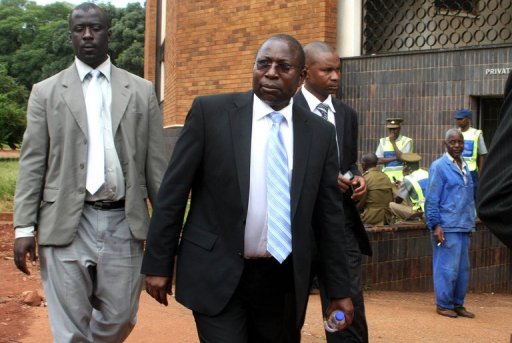 “We have just been informed that minister Mangoma was picked up by the police this morning as he was on his way to work,” Nelson Chamisa, spokesman for Prime Minister Morgan Tsvangirai’s Movement for Democratic Change, told AFP.

“This is indeed a worrisome development. We are not sure of the motivation why he has been picked up by the police.” A police spokesman could not confirm the arrest.

Mangoma was last arrested on March 10 and charged with abuse of office over a fuel purchase from a South Africa company. He had been released on a $5,000 bail. On Sunday, state media said police were again after Mangoma in connection with the cancellation of a tender for the purchase of electricity equipment.

Mangoma’s earlier arrest drew an angry reaction from Tsvangirai, who called for new elections and said it was time for a “divorce” in the two-year-old unity government with veteran President Robert Mugabe.

Mangoma’s arrest is the latest in a series of cases against lawmakers and activists who support Tsvangirai’s MDC amid rising political violence, especially in the countryside. Mugabe has indicated that polls could be held this year. But this week officials said a referendum on a new constitution, meant to pave the way for the elections, would not be held before September.

Tsvangirai has called on the Southern African Development Community, which brokered the unity accord, to lay out a “roadmap” to fresh elections. The 15-nation bloc’s security organ is set to meet Thursday in Zambia to discuss the tensions in Zimbabwe. AFP