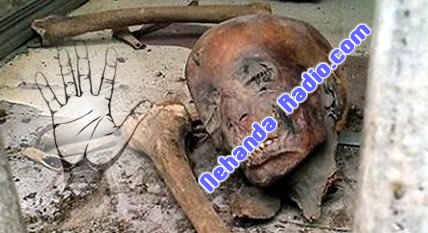 Prime Minister Morgan Tsvangirai’s MDC party has criticized Zanu PF for its lack of care and sensitivity in the exhumation of mass graves currently taking place in the Mt Darwin area and said the exercise was a stark betrayal of all Zimbabweans.

The Fallen Hero’s Trust, an obscure group aligned to ZANU PF, claims to have discovered 19 mass graves in the Mount Darwin district, with the remains of what it says are thousands of people massacred by the white minority regime before independence and thrown into the Monkey William Mine in Bembera village.

The MDC said for three decades nothing was done to handle this extremely sensitive issue displaying a lack of political sincerity on the part of Zanu PF. The MDC called on Zanu PF to stop what it is doing and leave it to the nation to work out an appropriate way forward, beyond amateur propaganda antics and political carelessness.

‘Those who speak more about Gukurahundi saw…

Tafi Mhaka: ‘It’s time to dump the Unity Accord,…

“Zimbabwe’s liberation war and its aftermath remain deeply etched inside the heart of every citizen. That a single political party would be so brazen to ignore the fate of thousands of our war heroes and heroines; to abandon them – as it turns out — in known mine shafts and in shallow graves; and to grandstand 32 years afterwards about their remains is as regrettable as it is unfortunate,” the MDC said.

“For the exercise that is above party and sectional selfishness, a national budget administered by the relevant state institutions, led by the Ministry of Home Affairs, is imperative to cover the necessary costs of tracking down the genealogy and family trees of the victims through forensic science, carbon-dating and indisputable DNA sampling. Such a process would reveal death details and murder methods.

“Zimbabweans have endured violence since colonialism and yearn for the day when the truth about the liberation war, Gukurahundi, Operation Murambatsvina, the 2008 atrocities – among others – is brought onto the surface for informed debate and reflection. Without such a concerted, nationally sensitive process, national healing and reconciliation shall be impossible,” the MDC added.

‘Those who speak more about Gukurahundi saw nothing,’ says Obert Mpofu

Tafi Mhaka: ‘It’s time to dump the Unity Accord, deal with…