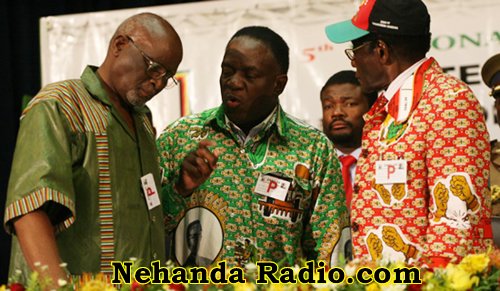 The newly licensed Zimbabwean daily newspaper National Daily said to be owned by the late businessman Roger Boka’s family, is being financed by the Chinese government and Defence Minister Emmerson Mnangagwa is the main man behind the project, The Zimbabwe Mail can reveal.

In a surprise development this week, the Zimbabwe Media Commission announced that it had registered a new daily newspaper which will be called the National Daily and will be owned by the Boka family, whose father, Roger Boka died a few years ago. The information in the public domain is that the eldest surviving child, Rudo and her brother, Matthew will run the paper which received its licence on 10 February.

But, impeccable sources said the Boka siblings will be proxies to a project funded by the Chinese government and support by their godfather, Emmerson Mnangagwa, who is the current Minister of Defence and an aspiring successor to President Robert Mugabe in both Zanu PF and the government. Boka Tobacco Auction Floors will house a massive printing press imported from China.

It is not yet clear when the paper will hit the streets but there is a lot of talk about the media project with Mnangagwa’s chief strategist and former Information and Publicity Minister Professor Jonathan Moyo said to be pulling the strings behind the scenes.

Godfrey Majonga, the chairman of the Zimbabwe Media Commission said last Monday that on 10 February, his commission issued three operating media licences to the daily, a magazine and a foreign business and finance news agency, Bloomberg, which is based in New York.

The National Daily will be the fourth daily newspaper to be licensed by the Commission since May last year. So far a total of 15 newspapers have been licensed. The other dailies are NewsDay, which began publishing in June last year, the Daily Gazette which is yet to hit streets and the Daily News, which is also yet to publish a hard copy but is running an online edition.

The planned National Daily is to flight an advertisement soon to recruit 23 staffers including an Editor, a News Editor and sales and marketing personnel. Sources said a well know prominent journalist and former editor has been approached to take the top job.

Several journalists said they welcome the planned daily as it will create more jobs and improve the quality of news for the readers. But the fear is that the new daily might follow the footsteps of the state run Herald newspaper which is like a mouthpiece of Mugabe’s Zanu PF just as Pravda was a mouthpiece of the Communist party in the old Soviet Union era.

Although the Zimbabwe Media Commission has issued operating licences to print titles, it has yet issued a licence for a broadcasting media house, despite the Global Political Agreement which brought together the country’s t three major political parties, Zanu PF and the two factions of the MDC in 2008.

The state-run ZBC is the sole broadcaster in the country and because of its monopoly; it continues to serve only the interests of Zanu PF and its ageing leader, Robert Mugabe whose party lost to Morgan Tsvangirai’s MDC in the last election in 2008.

With the support of Zanu PF politicians, the late businessman Roger Boka, rose to notoriety in the 1990s championing what many saw as a patently racist black empowerment campaign plummeted into bankruptcy after government ministers and top Zanu (PF) officials raided his bank United Merchant Bank, drawing millions of dollars in unsecured loans which they failed to pay.

Government business was channelled his way including a major deal to issue debt on behalf of the Cold storage Company Ltd, slated to be privatisation. The Bank was shut down in 1998 when a government audit found it incapable of paying its debts. Hounded by creditors and in poor health, Boka fled to the United States where he died aboard his expensive private jet. His assets were placed under judicial management and stripped piece by piece by the government.

The mysterious businessman used to take out full-page advertisements in the state-controlled newspapers calling for the “indigenisation” of the country’s agricultural and industrial sectors. The origin of his wealth was not generally known and at some time he was investigated by the Zimbabwean police in connection with buying stolen gold.

Just before he died Boka built a multi-million rand tobacco floor on the outskirts of Harare to sell Zimbabwe’s crop through his obsession to wrestle wealth from whites. Over the years, Zanu (PF) has amassed a vast array of businesses especially by driving entrepreneurs into the ground and then looting their companies under the pretext of saving them from collapse.

Immidiately after his visit, Caleb Denga and Wilson Nyabonda, believed to be Zanu (PF) front men and retired members of the Central Intelligence Organisation, who run the Zimbabwe Industry Tobacco Auction Centre (Zitac), which is renting Boka Auction Floors, claimed they now owned the property.

Their claim was refuted by the Boka family lawyer, Joseph Mafusire, of Scanlen and Holderness, but sources said the plan was to put pressure on the family in order set up a newspaper printing press at the Floors by a Chinese company which will invest in a very large printing press that will roll out massive propaganda in the region. The Zimbabwe Mail

Mushekwi has finally found his footing