Why are we stuck in this pothole? 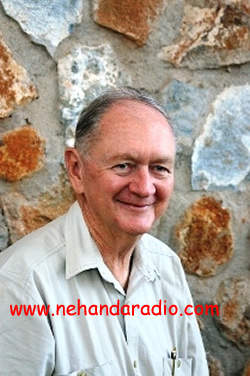 No one disputes the fact that we have huge potential. The only question is how do we unlock that potential and exploit it for the benefit of all Zimbabweans in the long term? Perhaps we should start by outlining our potential as a country.

Our greatest asset is our people; Zimbabweans are, by nature, easy going, pleasant people who are open and welcoming. They are also hard working and innovative, that is why, despite decades of lousy government and bad policies, we have survived and resilience has to be one of our main national characteristics. We are also generally well educated and have a great deal of experience and an established knowledge of what can be done.

Then we have our resources – we have perhaps half of the worlds readily available platinum reserves, a quarter of the worlds reserves of chrome, billions of tonnes of coal and iron ore. We are a major source of nickel and asbestos and a number of other minerals.

‘Look across the world and very few national leaders…

Eddie Cross: There are solutions to the power crisis we face…

After years of post-colonial failure, Africa is rapidly…

Eddie Cross: ‘We need to rebuild agriculture from the…

Mr. Mugabe gave us a military force to protect our staff…

In the field of gold and diamonds we are the 6th largest gold producer in the world and are rapidly becoming a major diamond producer. We have the immediate potential to attract many billions of dollars in foreign investment in the mining industry if the conditions are right.

In agriculture we have the land and water plus ideal growing conditions for many crops and livestock products. In the past we have been the third largest producer and exporter of flue cured tobacco, one of the largest producers of white maize in the world and a major producer of fruit, sugar, tea and cotton.

At one stage we were the largest exporter of beef in Africa and were totally self sufficient in pig products, poultry and milk. Although the agricultural industry has been almost destroyed in the past decade, its potential remains intact.

In tourism we have the Victoria Falls and some 9 million hectares of world-class game reserves. We are the hunting capital of the world and our variety of climates and countryside make us a great tourist destination. While tourism has been growing worldwide and southern Africa has enjoyed rapid growth in recent years – reaching a million foreign tourists a month in 2010, Zimbabwe attracts virtually none. But everyone recognises that if conditions are right and our reputation as a safe and inexpensive destination is re-established, then our potential in this field is huge.

Added to the above you have Zimbabwe at the heart of the SADC region – a region that is now growing as fast as the Asian Tigers have been growing for the past 20 years and you get a picture of just what this country could be like if we can unlock our potential. In industry, we could become a major player, supplying the region with a wide range of consumer goods and services.

We are already the regions largest source of road transport services and could become a major rail and pipeline hub. Our schools and universities could become an attraction for students and graduates from all over the world and especially the central African States.

Our engineers and accountants and medical services could also become centers of excellence that would serve the entire sub region. After South Africa we have the most advanced banking system in the region and this could provide a base for the country becoming a regional financial hub, especially now that we have virtually no restrictions on the movement of funds.

So why are we stuck in this pothole and unable to get out and start to realize this potential? It starts with politics. So long as we have this dysfunctional government and no consensus on the way forward, the uncertainty that prevails at present will remain. The uncertainty over who will be in charge and hold power in the State is a very real issue.

The business community is afraid of a return of the days when we had hyperinflation, price control and no rule of law to speak of. They are afraid that radicals such as Kasukawere will be able to dictate policy and events and that his threats against all foreign and white owned business will materialize.

So long as government is locked in a struggle for ascendancy and nothing else, we simply cannot make progress and that is why the Zuma road map to the next election is so critical. This must be close to finality and we should get sight of it soon if JZ is going to be able to report progress to the AU summit at the end of the month.

Once this issue is dealt with, then we must face all the other constraints. But that is not as difficult as it might seem at first. We are very resilient and there is a huge reservoir of goodwill and human capital just waiting for the right conditions. Like the dramatic changes in monetary policy that were adopted in 2009, key policy shifts will unlock this potential very rapidly.

Adopting regional currencies and the US dollar as the means of exchange and lifting price and exchange controls swiftly filled supermarkets and restored value to work and incomes. Other policy shifts would have a similar, if less dramatic response. What are they?

Firstly we have to restore the rule of law and the independence and professionalism of our Court system. People have to know that their rights and property will be protected and the laws of the country will be applied and enforced. Would that be difficult – hardly, a dozen new appointments to key positions would change the situation overnight.

Then we need to assure investors of all kinds that their rights to control and manage their assets in Zimbabwe will be protected in perpetuity. This means treating all who have permanent residence in Zimbabwe equally and those who invest from outside the country with every protection that they might expect in any other sane country. This might require revoking some laws and regulations but not much more, it’s really a matter of commitment by the State and then confidence that we mean business.

We must resist the temptation to play with the macro economic fundamentals and stay the course of fiscal and monetary reform, discipline and stability. This should not be difficult given the nasty experiences of the recent past. We must deal with our debt overhang and bite the bullet on our parastatals and corruption in high places.

We must repair our infrastructure and energy systems as well as our educational and medical system. We must welcome home anyone who is tired of struggling in foreign countries and wants to resume their lives in Zimbabwe. We must make that possible with job growth and opportunities. We must restore and respect the rights of all who are citizens by birth or adoption.

Is that too much to ask? It seems so simple really but that is all it would take and we could then fly. Backed by a democratic system that was open and accountable and saw regular changes in leadership, Zimbabweans could then really plan for the future and instead of using their innate abilities to simply survive; they could start to build again.

‘Look across the world and very few national leaders stand out’ –…

Eddie Cross: There are solutions to the power crisis we face in Zimbabwe

After years of post-colonial failure, Africa is rapidly growing up – Cross

Eddie Cross: ‘We need to rebuild agriculture from the ground upwards’

Mr. Mugabe gave us a military force to protect our staff – Eddie Cross