Several young Zimbabwean celebrities most of them football players took part in a public HIV test sponsored by the US Embassy in Harare on Wednesday.

The exercise was put together by the US Embassy in conjunction with Population Services International’s New Africa House HIV Centre. The tests also coincided with World Aids Day commemorations held on the 1st of December every year. 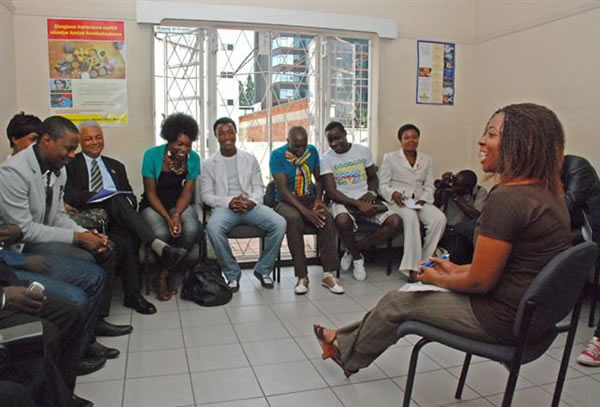 U.S. Ambassador Charles A. Ray said “wiser older folk” like him are not always listened to, but his hope was that the young, popular celebrities should set example that others can follow. After the tests Wednesday, all the results were kept personal and confidential, a core principle of the program.

Official figures put Zimbabwe’s HIV infection rate at about 13 percent of the overall population, but more than 20 percent in the 13-30 age group.

Bhekilizwe Bernard Ndlovu Behind the Headlines

Consistency pays off for Washington Arubi