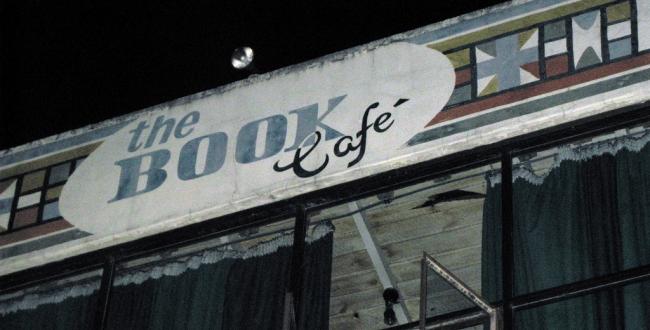 This Tuesday 28 and Wednesday 29 September The Book Cafe, The Mannenberg and Harare’s ‘House of Hunger Poetry Slam’ will host seven visiting poets and two musicians from the POETRY AFRICA Festival, South Africa, on an exhilarating rollercoaster of words, rhythms and ideas, in two exciting shows in the Zimbabwean capital, as part of a three-country tour in the region.

On Wednesday 29 at 5.30pm they participate in an open public discussion ‘Poetry & Social Transformation’ with local artists and activists at The Book Cafe, followed by final performances from 8pm alongside some of Zimbabwe’s most exciting poets – Julius Chingono, Batsirai Chigama, Chirikure Chirikure, Freedom Nyamubaya, Outspoken, and Musa Zimunya.

The group will also conduct a workshop for poets and participants from a programme by the cultural activists’ network ‘Magamba’ in the high-density suburb of Highfields, to experience some of their grassroots activities.

The broad selection of poetic voices, forms, and cultures represented includes the vivid verse of Frank Chipasula (Malawi), BBC Poetry Prize winner and twice Pushcart Prize-nominee who is also a widely-respected writer, academic and editor; Kenyan Ngwatilo Mawiyoo, a poet whose intelligence and subtlety is abundantly evident in her first book of poems Blue Mothertongue, a collection which examines notions of home, loss and healing.

Botswana poet and academic Barolong Seboni, whose astute grasp of history and its meaning, is spread over numerous acclaimed collections; Charlotte Hill O’Neal, better known as Mama C, an American-born visual artist, musician and poet, who was a member of the Black Panther Movement before relocating to Tanzania in 1972; and celebrated poet, author, radio host, actor and social critic Mutabaruka, the first well-publicized voice in the new wave of Jamaican poets making themselves heard in the early 1970s, who has helped forge the unique genre of music commonly referred to as dub poetry.

One unique aspect of this year’s festival is the residency of Concord Nkabinde and Erik Paliani. Nkabinde, an acclaimed bass guitarist who has performed with the likes of Johnny Clegg, Ladysmith Black Mambazo, Ray Phiri, Darius Brubeck and many others, will collaborate with Malawian producer, musician and singer-songwriter Erik Paliani.  Nkabinde and Paliani’s passion for collaboration provides the perfect metaphor for the cross-cultural artistic meetings that Poetry Africa seeks to stimulate.

Now in its 14th year, Poetry Africa is organised by the Centre for Creative Arts (University of KwaZulu-Natal), one of the earliest initiators of African literary festivals.  ‘Poetry Africa on Tour’ is an effort to celebrate poetry with ever-wider constituencies and to stimulate meaningful cultural exchange between artists, audiences and countries.

The 2010 tour kicks off in Cape Town on 26 September, followed by Harare on 28 and 29, before moving on to the Blantyre Arts Festival in Malawi on 1 October.  In each of the centres the tour will also showcase local poets, and incorporate workshops, discussions and engagements with artists and cultural activists (see the full programme at www.cca.ukzn.ac.za).

The Harare visit is welcomed by the ‘House of Hunger Poetry Slam’, a project for the development and promotion of performance poetry, by local arts development organisation Pamberi Trust which hosts the visitors in partnership with Jo’burg-based sister organisation African Synergy, under the African Tour Circuit project.

Poetry in Zimbabwe has always been strong, and Zimbabwean poets have been ‘slamming’ at The Book Cafe since 2005.  The House of Hunger poetry slam  named after the novel by one of Zimbabwe’s most revered poets and writers, the late Dambudzo Marechera – has grown steadily since then, providing an exciting platform for performance poetry which has also spread to other parts of the country, and is now reaching beyond our borders.  The slam extended to Johannesburg under African Synergy in 2010, and several ‘winning poets’ have travelled between the two countries.

The full programme of Poetry Africa activities, plus participant bios and photos, is available on www.cca.ukzn.ac.za