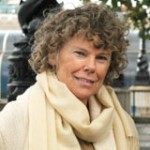 Thirty years ago, on January 27, 1980, Robert Mugabe made a triumphant return to Zimbabwe from exile across the eastern border in Mozambique. He had manoeuvred his way to the top of one of the two Black Nationalist movements fighting an armed struggle against the white minority regime of Ian Smith’s Rhodesia Front that had made an illegal Unilateral Declaration of Independence in 1965.

In 1979, British ministers had brokered a peace settlement paving the way for elections, held under British supervision, paving the way for legitimate independence. Mugabe won those elections amid accusations that he had used the threat of continuing violence to achieve victory.

It seems a good moment to ask why the people of Zimbabwe remain trapped under the violent and oppressive grip of Mugabe and his Zimbabwe African National Union (ZANU) comrades and why Zimbabwe’s economy lies in ruins.

In his determination to cling on to power at any price, Mugabe has used his armed forces and secret police in campaigns of intimidation to
stamp out political opposition. Zimbabweans have not resorted to violence in return and have tried to use democratic means to remove an unloved regime.

Kate Hoey: Boris Johnson must put a stop to Peter…

Gukurahundi and the 1979 viscount shooting

Sadly their patience and bravery have not yet been rewarded. For years, they have been let down by the leaders of neighbouring countries in Southern Africa who have not confronted Mugabe over his duplicity and violence. They have tip-toed around him, scared he will throw a tantrum and wreck their cosy regional summits.

Meanwhile, he has unleashed wave after wave of destruction on the economy of Zimbabwe.

This has a knock-on effect and destabilises the region both socially and economically. It also drains the aid budgets of donor nations. Money that could be spent on development and infrastructure for the region has to be spent on providing food to stave off starvation in Zimbabwe.

British taxpayers are expected to foot the bill to rebuild a country that has been wrecked by deliberately destructive policies. Yet Mugabe, the very same dictator who imposed those disastrous policies to cow his people into submission and reward the thugs in his party, is still in office as president.

In the 2008 elections, and despite the usual brutality and rigging of results, Mugabe lost the presidential election and his party lost its majority in parliament. But Mugabe refused to budge. He managed to hang on by agreeing to share power with Morgan Tsvangirai in an inclusive government to allow for transition to new elections under a new constitution.

Nearly a year after that government was sworn in and Mugabe is still refusing to implement those parts of the agreement he doesn’t like – even though he signed up to it and even though neighbouring countries including South Africa promised to act as guarantors.

When Thabo Mbeki was president of South Africa, he was widely seen as intervening to protect Mugabe rather than upholding the democratically expressed will of the people of Zimbabwe. His successor President Zuma must adopt a very different approach if he is to win respect as the statesman of the region.

In early March, he will come to London on a State Visit staying at Buckingham Palace, as guest of the Queen. There is a large population of Zimbabwean exiles in the UK. They are well-organised and angry. I can foresee them causing serious embarrassment to President Zuma unless he takes decisive action on Zimbabwe before he arrives in London.

Then, in June, the FIFA World Cup tournament will start in South Africa. It is the first time the contest has been held in Africa. Understandably, South Africans are proud and know the eyes of the world will be on their country for the month-long competition.

There are anxieties that the current upsurge of violence in Zimbabwe associated with the consultation over a new constitution might lead to a fresh influx of refugees across the Limpopo into South Africa. It would be tragic if xenophobic violence against Zimbabwean refugees in South Africa flared up again and marred the World Cup celebrations.

It is time for South Africa to make it clear to Mugabe that they will no longer accommodate his refusal to implement the terms of a power sharing agreement. All they need ask is that what he signed up to should be implemented without delay.

In the world of international diplomacy, the regional superpower South Africa has been given the job of referee in Zimbabwe. What Zimbabweans can’t understand is why, in footballing terms, Mugabe has played foul for so long and never been shown a yellow card, still less been sent off.

They can’t understand why Morgan Tsvangirai won the game and yet Mugabe still seems to be allowed to hang onto the trophy. My advice to President Zuma is to be bold before he comes to London in March. He must tell Mugabe his game is up and show him the red card. Yorkshire Post

·  Kate Hoey is a Labour MP and chairman of the All Party Zimbabwe Group.

A Plea for Robert Mugabe to retire

Gukurahundi and the 1979 viscount shooting