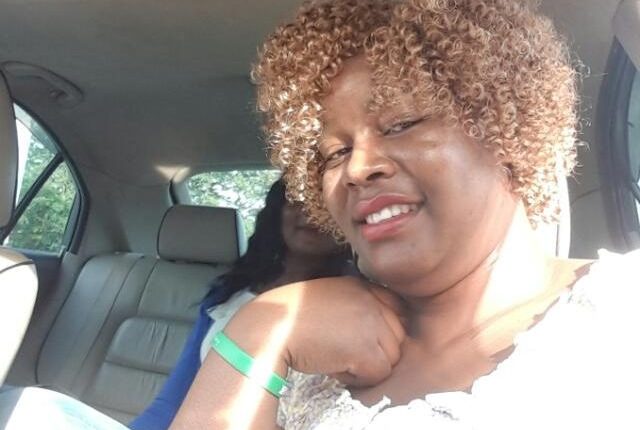 Loice Maradze (40), the woman who died in the company of a NetOne technician when the mobile company’s vehicle was swept off Chilonga River Bridge in Chiredzi was buried in Masvingo on Thursday.

Maradze was buried at Lawn Cemetery. Although Police would not say why Maradze was in the NetOne vehicle, mourners who spoke at the funeral said she had a well-known love affair with Samson Zvarimwa, the NetOne technician who died together with her.

Maradze’s relatives collected her body from Chiredzi District Hospital after clearing with the Police on Wednesday. The body was brought to her uncle’s place in Majange and it was taken back to Nyaradzo mortuary in Masvingo where it laid in state before burial on Thursday.

Maradze stayed with her three children in Runyararo West. Maradze’s friend Abigail Moyo, who spoke at the graveside said Maradze informed her that she was going to Chiredzi and Moyo is the only person who knew her whereabouts.

Zvarimwa and Maradze who was a money changer at Pick n’ Pay are understood to have left Masvingo on Friday afternoon. Zvarimwa was on a mission to deliver diesel at NetOne mobile base stations in Chilonga and other parts of Chiredzi.

They safely arrived in Chilonga after using a longer route but disaster struck at 9am on Saturday when they used a shorter route and tried to drive across the flooded Runde River Bridge.

Their car, a Land rover was swept off the bridge and efforts to retrieve the vehicle were futile until Monday when a speed boat and the small number of people from the community used a rope to pull the vehicle out of the water.

Maradze and Zvarimwa were found trapped inside the vehicle and the latter was buried in Zaka on Wednesday.
Moyo said she was shocked to receive a message of Maradze’s death on Monday morning. Moyo could not finish her speech at the graveside as she broke into tears.

“When Loice went to Chiredzi she bid me farewell. It never crossed my mind that this was the last time that I was talking to her. I was shocked by the news of her death which reached me on Monday,” said Moyo before she broke into tears.

The deceased’s relatives also expressed shock at the Maradze’s death. Maradze’s aunt, Tambudzai Maradze told mourners that it would be difficult for her to get over her niece’s death.

“I’m in a state of shock. I pray to God to help me get over this,” she said.
Maradze is survived by three children; two girls and boy.

The poorly built Chilonga Bridge has so far this year claimed more than 10 lives including several Government officials and a cop who was a member of the Police Sub Aqua Unit. Masvingo Mirror