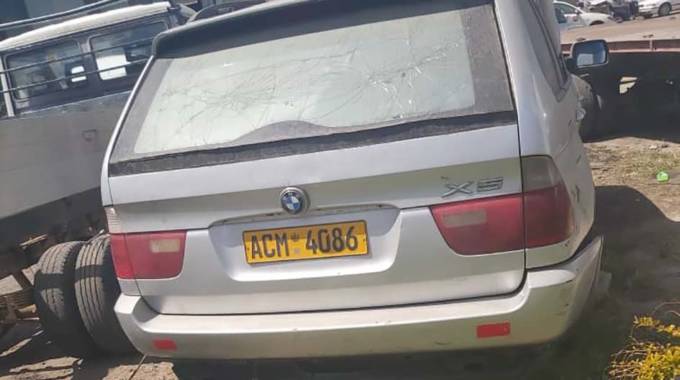 Soul Jah Love, born Soul Musaka, continues to be surrounded by controversy in death as he was in life. The charismatic lyrist and chanter succumbed to diabetes on February 16 this year.

However, his family is yet to secure and distribute his estate.

While many would have thought that the enigmatic dancehall artiste was not a man of means, The Sunday Mail Society can reveal that “Sauro”, as he was called by his fans, left behind a decent fortune that includes a house in Harare that was nearing completion.

He also had a residential stand and four vehicles — a Ford Explorer, Toyota Hiace, Honda Illusion and a BMW X5.

How Soul Jah Love’s battle with diabetes made him unpopular

His estate is made up of an impressive haul of more than 200 unreleased songs recorded with various studios.

But two of his vehicles cannot be accounted for, and Soul Jah Love’s family, led by Caroline Musaka, is frantically trying to recover them.

According to documents from the Master of High Court gleaned by this publication, veteran music promoter Partson “Chipaz” Chimbodza is currently in possession of the BMW X5.

Batsirai Nyanungo, who was friends with the late muso and is well known in the music circles, has the Honda Illusion.

The Master of High Court, Eldard Mutasa, has since separately written to the duo to surrender the vehicles.

“We are advised that you are in possession of a car (registration numbers and models withheld) belonging to the deceased. As such, it is against this background that you are advised to surrender the same within 24 hours . . . ” reads part of the letters written to Chimbodza and Nyanungo on October 8, 2021.

By last week, the two were yet to comply with the order.

Caroline, who is executor of the estate, is not amused.

“After registering the deceased’s estate, we did the debtors’ and creditors’ adverts, but the two neither came forth nor did they respond to the advert, yet they claim he owed them. This is strange and dubious. They even had the chance to make the claims during the funeral, but they did not do so,” she said.

However, Chipaz claims he will deliver the vehicle he has in his possession to the late musician’s Waterfalls family home.

“It’s true! The car (BMW X5) is his and I have it. I talked to his sister and told her I will bring it to Waterfalls. The car was brought to me the very same day Soul Jah Love died because it developed a mechanical fault,” said Chimbodza.

He refuted claims he had seized the car over an outstanding debt.

Efforts to get a comment from Nyanungo were in vain.

This is not the only battle the family is engaged in as they are currently battling record companies that are releasing Sauro’s music without their knowledge.

Most of the music is being sold on the black market.

Some of the producers claim they have “full rights” to the songs since “Soul Jah Love often did not pay for studio time and never bothered to follow up on some of his projects”.

“I know for a fact that he had more than 200 unreleased songs held with various studios. He had some unrecorded songs, more than 100, which he kept in his cellphone that was stolen on the day he died,” added Caroline.

The family has since taken legal action against some of the late singer’s friends, producers and promoters.

Caroline believes her late brother could have left a lot of wealth that is yet to be accounted for.

The “Kana Ndafa” singer was reported to have had some serious drug and alcohol abuse challenges that often led him to make uninformed decisions.

Some of his belongings were recovered after his demise.

“Soul left a lot of projects hanging. He also signed several endorsement deals in the presence of is friends and made some of them witnesses and signatories. The not-so-honest ones, we hear, are claiming his payouts and royalties,” she said.

“We are still trying to track some of his things. He did most of his stuff with friends.”

The singer reportedly helped friends and family from the little fortune got.

“I recall the day he started using that name. He described himself as a great singer who would reach dazzling heights because his was a God-given gift…but fame soiled his relationship with the family.

“It is during his rise to the top that he won himself a legion of friends and fans who to date chose to disrespect the family, claiming Soul was theirs including everything he made.”

But, although he was a rebel both within the family and in music circles, it is believed he remained close to his sister.

“He respected me all the time,” said Caroline, adding: “We tried to talk him out of drugs but we failed as he always claimed drugs gave him the energy to sing.

“…during the first days, he had hallucinations and we thought he was haunted by evil spirits, so we consulted a lot of clergy and traditionalists but nothing changed, later we discovered he was into drugs.”

Meanwhile, the Musaka family recently had a private memorial service for the late singer.

But, due to public demand, they have been forced to organise another one, this time open to the public.

“I feel the family event was an insult to his fans because Soul was a man of the people, so together with his friends and promoters we are organising something bigger,” said Soul Jah Love’s brother, Mike, who is now always in the company of some of the late singer’s friends.

The memorial service will be held at the family’s home in Waterfalls on a yet-to-be-announced date. The Sunday Mail

How Soul Jah Love’s battle with diabetes made him unpopular