Theophilus reveals how lockdown helped him become famous on TikTok

The first phase of the coronavirus lockdown in 2020 was the most difficult one but produced some of the most prominent social media sensations globally and locally.

Zimbabwean actor and comedian Theophilus Gabriel Chigumira (25) rose to fame during this period with skits as Kirifodhi also stylised as Kili4dhi and Mai Kirifodhi.

Nehanda Radio caught up with Theophilus, the founder and owner of AstrAskits. He does skits based on conversations between mother and son (Clifford and his mom) and has more than 10 different characters.

Austria to go into full lockdown as Covid surges

Mnangagwa gaffe… shouts ‘cut the video’ while LIVE on… 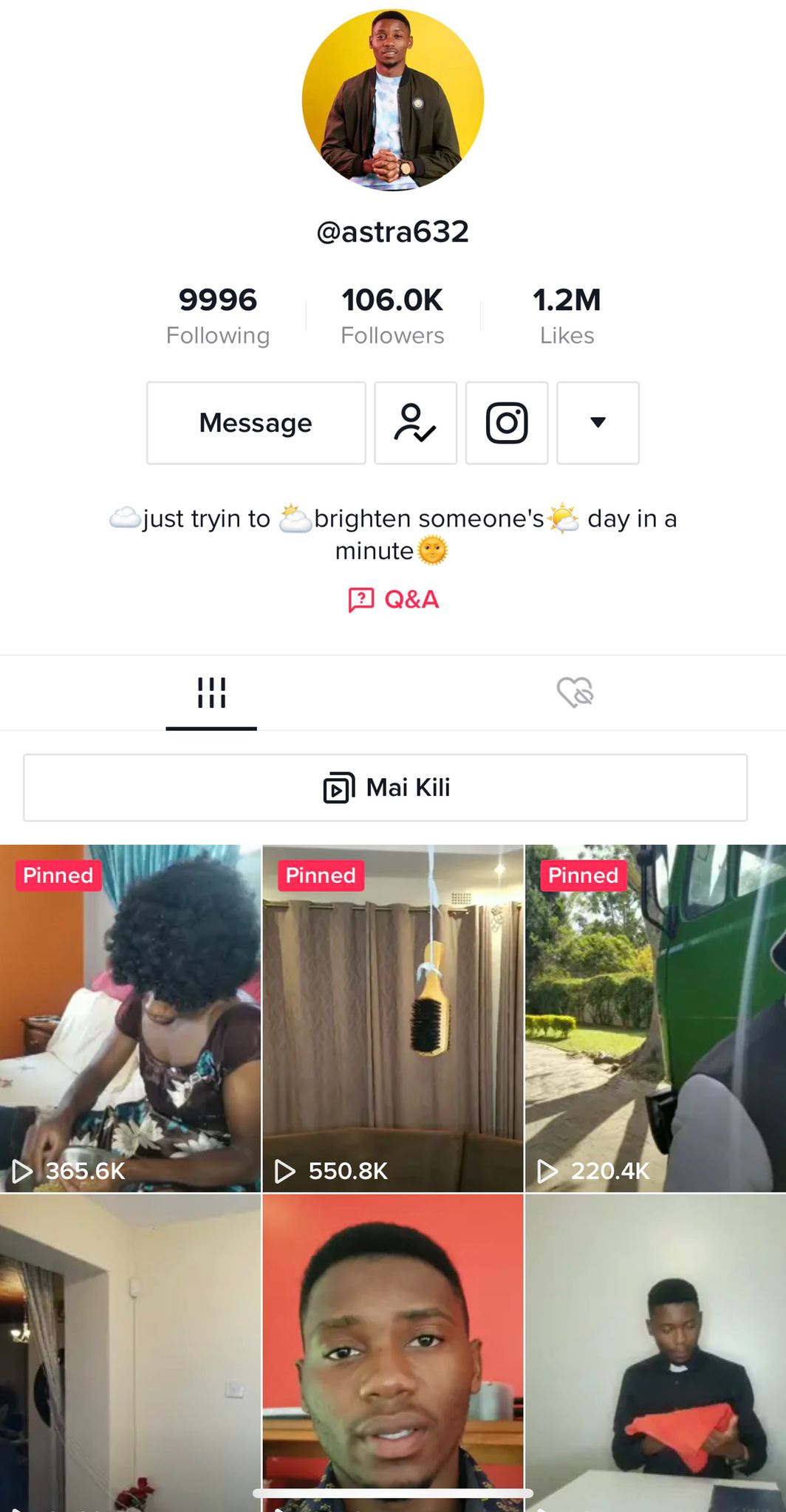 He revealed he got tired of watching TV series and decided to download the TikTok app. A the time of writing AstraSkits has 106 000 followers on TikTok.

“I never wanted to be famous. What happened is I got bored and downloaded applications such as Tik Tok and Likie,” he told Nehanda Radio.

The comedian said over the past year he had created nearly 13 fictional characters.

He added that even if a phase or time for a character is up he doesn’t terminate the characters but keeps them featuring in other skits.

“I constantly create characters even if the time or series of a character is over, I don’t terminate them I find ways to make them feature on some of my skits,” he added

On a normal day outside Tik Tok, Theo is a logistics manager at a local company but maintains he sees a future in being a full time Tik Toker who earns a decent living from it.

“Of Course because some other countries people are growing so fast. For example Khaby Lame from France he is now a millionaire from Tik Tok. We just need to take it serious,” said Theo.

Cementing his claims he added that corporates are now coming to the table giving them endorsement deals.

“A number of corporates are coming in now, I’ve worked with Old Mutual, Itel and many others so I really do see a future in this,” he told Nehanda Radio.

Austria to go into full lockdown as Covid surges