Pint-sized musician Potipher Mopo says he almost met his Maker after being drugged, mugged and thrashed by three knife-wielding robbers along a footpath in Kambuzuma.

The 41-year-old, who recently lost US$200 cash and groceries during the early late night fracas, told H-Metro Entertainment & Lifestyle that he was still in trauma.

However, he was grateful to be alive as he feared for the worse.

Robbers kill Christ Embassy woman for her phone, handbag and…

Husband and wife arrested, accused of robberies at Sterns…

“I am still new in Kambuzuma where I am now renting an apartment but I never thought I would receive that kind of baptism from the ghetto,” he said.

The heir apparent to the Mike Mopo throne, who considers himself a ghetto boy, said he met his match after being ambushed and searched to down to the ‘undies’.

“It so happened that I was walking home from Crowborough Road connecting Kambuzuma 5 area known as Ku Joshua when I used a footpath as a short-cut around 7pm.

“I had used the footpath before but I never thought that I would be mugged since it was not yet dark as many people normally use the footpath.

“As I walked home, three masked men emerged from the grass and grabbed me by the throat and searched me down to the underwear, demanding cash.

“During the melee, I felt a sharp pain on my shoulder and I passed out for close to three or so hours and I can’t remember how I gained consciousness,” he said.

Mopo, who inherited his father’s band Zimbabwean Art With Action (ZINAWA) in 2006, said he was lucky to be alive after the attack.

“Prior to the fracas, I had just converted my cash into US dollars since I wanted to pay my domestic bills as well as studio recordings but the thieves pocketed everything I had.

“After gaining consciousness around 11 pm or so, I walked home but my shoulder was in pain and I don’t even know how I passed out.

“I made a police report but I was lucky to recover some of the bank and business cards in the bushy area when I returned the following day looking for my particulars,” he said.

Despite losing his valuables, the talented rhythm guitarist said he was glad to be alive.

“I’m happy that I’m still alive talking to you like this, chikuru kufema mumwe wangu, I was almost gone.

“The only setback was that the robbery derailed some of my plans like recordings,” he said.

Mopo, who was due to release his fourth album tomorrow, said he had shelved plans as a result of the attack.

“When I was robbed, I was doing final touches on my forth-coming album Ndimi Munotonga but I have to postpone its release since I was unwell. 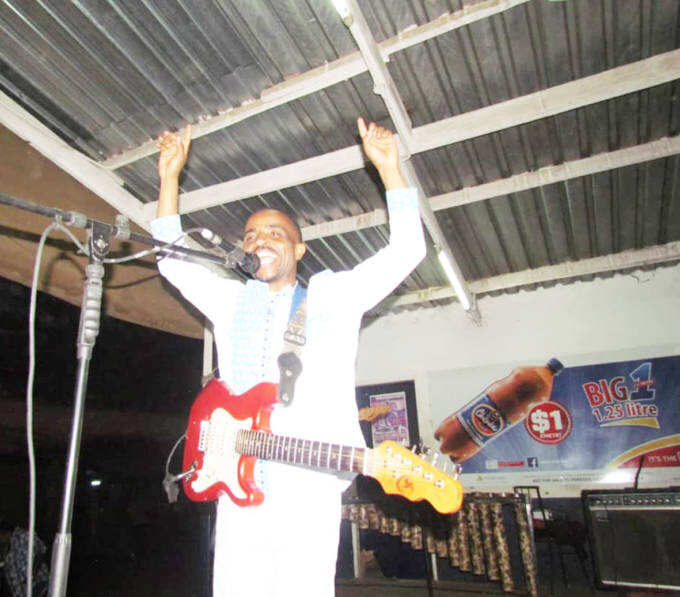 “To date, I have since recorded three albums namely Runyararo in 2012, Ndega Zvangu (2015), Ngaikwane Changamire (2017) with the fourth album being Ndimi Munotonga, which has been delayed,” he said.

He recently told this publication that he has roped three producers – Jabulani Ndlovu of Trutone Studios, Maselo and little-known but yet talented Wellington David – in search for quality sound..

Some of the songs to look forward on this eight-track album comprise Mukoma Varamba, Ngoma Yekwedu, Kusina Amai, Handna Mhaka and the title track, Ndimi Munotonga.

He was upbeat this album was a game-changer and worth the wait after taking his time working on it.

Meanwhile, Potipher is currently working on the visuals of both old and new songs.

“We will continue shooting videos in our quest to make an impact since visuals are good in marketing ourselves,” he said.

Like the name of his of his forth-coming album Ndimi Munotonga, Mopo reckons its only God who is charge of life.

“I have seen the hand of the Lord as the author and finisher of our lives and I have to praise him all the time,” he added. H-Metro

Tino back in training

Robbers kill Christ Embassy woman for her phone, handbag and US$140

Husband and wife arrested, accused of robberies at Sterns where she worked