Barack Obama’s step-grandmother, Sarah Obama, has died at a hospital in Kenya at the age of 99. Affectionately called Granny Sarah by the former president, Mrs Obama defended her grandson during his 2008 presidential campaign, when he was said to be Muslim and not born in the US. 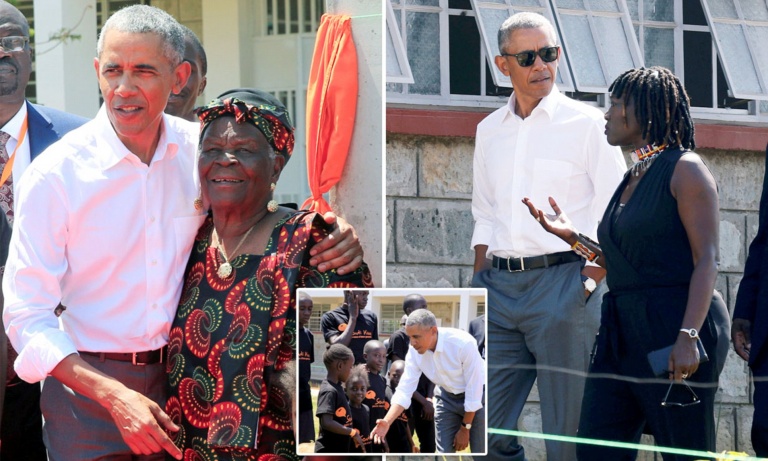 Her home became a tourist attraction when he was elected as the first black US president.

Sarah Obama was the third and youngest wife of Barack Obama’s grandfather.

She died early on Monday at a hospital in the western town of Kisumu, her daughter Marsat Onyango told Kenya’s Daily Nation newspaper.

A family spokesman said Mrs Obama had been unwell for a week, but did not have Covid-19.

She will be buried later on Monday.

“We will miss her dearly,” Barack Obama said, “but we’ll celebrate with gratitude her long and remarkable life.”

Kenya’s President Uhuru Kenyatta said on Twitter that Mrs Obama was “a strong, virtuous woman” and “an icon of family values”.

My family and I are mourning the loss of our beloved grandmother, Sarah Ogwel Onyango Obama, affectionately known to many as “Mama Sarah” but known to us as “Dani” or Granny. We will miss her dearly, but we’ll celebrate with gratitude her long and remarkable life. pic.twitter.com/avDY4f1PVu

Before her grandson became a household name, Sarah Obama was well known for the hot porridge and doughnuts she served at a local school, AFP reports.

She became more widely known when Mr Obama visited Kenya in 2006. At the time he was a senator from the state of Illinois, but a national celebrity in Kenya, and his grandmother spoke to the media about his rise in politics.

He returned in 2015, becoming the first sitting US president to visit Kenya, meeting Mrs Obama and other family members in Nairobi.

Mr Obama visited his step-grandmother’s home in the village of Kogelo in 2018, after leaving office, joking he had been unable to visit earlier because the presidential plane was too big to land at the local airport.

Sarah Obama was born in 1922 in a village on Lake Victoria, according to AFP. She was a Muslim and part of Kenya’s Luo ethnic group.

For decades, she ran a foundation in Kenya to help educate orphans and girls, something she felt strongly about as she couldn’t read herself.

She was the third wife of Hussein Onyango Obama, President Obama’s paternal grandfather.

Her husband, who died in 1975, fought for the British in Burma, now called Myanmar, and is reported to be the first man in his village to swap goatskin clothing for trousers. BBC News