The price of a standard loaf of bread has risen by 6,8 percent to $94 and bakers have blamed the increase on the recent upward review of utility charges and the price of fuel. 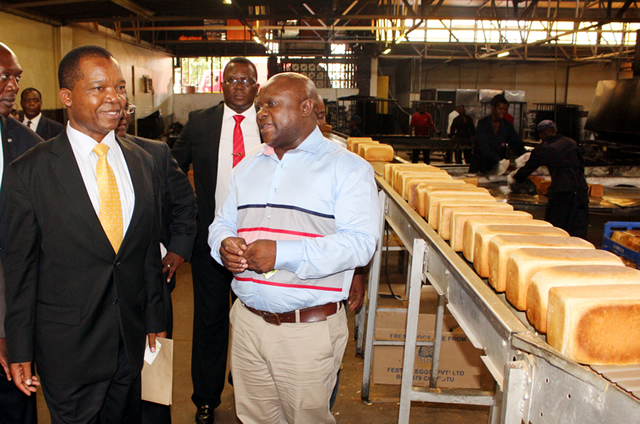 A snap survey carried out by Business Chronicle indicated that retailers in Bulawayo have increased the price of a standard loaf from $88 to $94.

Bread price to go up again

“Its not a hidden fact that if you look at the price of fuel it went up, so obviously distribution cost goes up.

“And also utilities have moved astronomically high. Obviously all these factors result in the cost of products spiralling upwards,” he said.

Of late, utility charges have risen significantly, in some instances by margins above 300 percent in cases such as water bills.

In addition, since the beginning of the year, the price of fuel has increased twice with the Zimbabwe Energy Regulatory Authority (Zera) attributing the upward review of fuel price to a general rise in prices of fuel on the International market.

Zera has indicated that between January and February this year, there have been increases in the Free On Board (FOB) prices for petrol and diesel and this has a knock-on effect on the pump of fuel.

The FOB refers to the costs of shipping the product and as a net importer of fuel, any rise in the FOB results in price increases for the product.

In a separate interview, National Consumer Rights Association spokesperson Mr Effie Ncube said from a consumer perspective there was no justification for increasing the price of bread.

“From a consumer standpoint, there is absolutely no justification whatsoever for the rise in the price of bread.

“Fuel and other utilities dominate the price of services and goods downstream, but there is no justification to the mark-ups that they did even taking that into account,” he said.

Mr Ncube said the business model that they presently have should be such that it can absorb price hikes of fuel and other utilities without necessarily passing them on immediately to consumers.

“They need to develop to a business model that allows them as businesses to function and prosper without constantly rising prices like what they are doing.

“They still have no justification for the mark-up rates that they are putting in order to respond to changes in the supply chain,” he said.

While the country has enjoyed notable price stability since the introduction of the auction system in June last year, there have recently been price increases across products.

Retailers say the increase resulted from a number of factors, among them price increases by producers, arbitrage and opportunism by the few players allowed to open during the lockdown period.

Manufacturers, however, argue that businesses have been responding to the general adjustments in various rates and fees across the economy and the absorption of these costs reflected in price increases as the costs are passed on to the consumer. The Chronicle

Bread price to go up again