Harare magistrate Mr Dennis Mangosi yesterday freed Moses January Banda, who is accused of defrauding TM Pick n Pay of $22million through Steward Bank, on $50 000 bail saying the State failed to prove a nexus between him and the commissioning of the offence when it opposed granting of his bail. 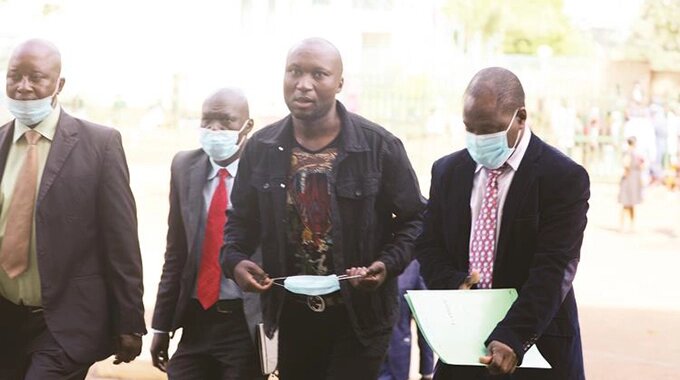 Magistrate Mangosi, in his bail ruling, said there was no evidence that linked Moses January Banda to witnesses that the State fears will interfere with.

He said there was no proof that Banda created the emails used in the scam.

Mr Mangosi said Banda was not an employee at TM Supermarket which will draw him close to the witnesses.

“There is no evidence that proves a nexus between the accused and offence.

“The accused is not employed by TM Supermarket which will place him in a position to interfere with witnesses.

“This will leave the accused with no incentive to abscond. He is a good candidate for bail,” said Mr Mangosi.

Through his lawyer Mr Luck Mauwa, Banda told the court during his bail application that he had no links to Ronald Mudzingwa, Tonderai Salesio Chagweda and Tatenda Wellington Jombe, who have already been arrested in connection with the fraud and freed on $50 000 bail each. He also told the court that he does not know the witnesses or the co-accused who implicated him.

He said one of his co-accused had implicated him and he was likely to interfere with witnesses if granted bail.

The State claimed that there were five other witnesses who were yet to have their statements recorded. The State alleges that on January 28 this year, January acting in connivance with Mudzingwa, Jombe and Chagweda created an email address; [email protected]/supermarkets.com purporting as if it was for the supermarket’s finance manager Raymond Mutsetswa and the chief finance officer Gamuchirai Nyamuzinga.

It is said that they then sent an email to Steward Bank with instructions forms bearing forged signatures of Matsetswa and Nyamuzinga instructing the bank to debit TM Supermarkets account to four different accounts. The State had it that Steward Bank, without noting the differences in email addresses, processed payments of $10 million to Simrac Investments, $3 million into Leechiz Investment Cabs account, $7 million into Madzara Investment Cabs account and $2 million to Maloka Constructing Company.

The fraud came to light on March 3 after TM Supermarket Head Office disputed these transactions and a subsequent investigation found that the instructing email came from a different address than that used by the finance manager. The Herald